Gulfstream rocked the business jet industry on 21 October with the launch of a new 19-passenger business jet called the G700 – a 7,500nm (13,900km)-range, Rolls-Royce Pearl 700-powered behemoth with specs that align closely with Bombardier's Global 7500.

Savannah-based Gulfstream, which announced the programme at the NBAA show in Las Vegas, has already begun the G700's test campaign and is working towards delivering the first aircraft in 2022.The company has a G700 cabin mock-up at the show.

"This will be a Mach 0.9 cruising machine that will travel all over the world… I think it's really going to take the industry by storm," said Gulfstream senior vice-president for innovation, engineering and flight Collin Miller.

The G700 will have "the longest, tallest, widest cabin" in the traditional business jet industry, he says. 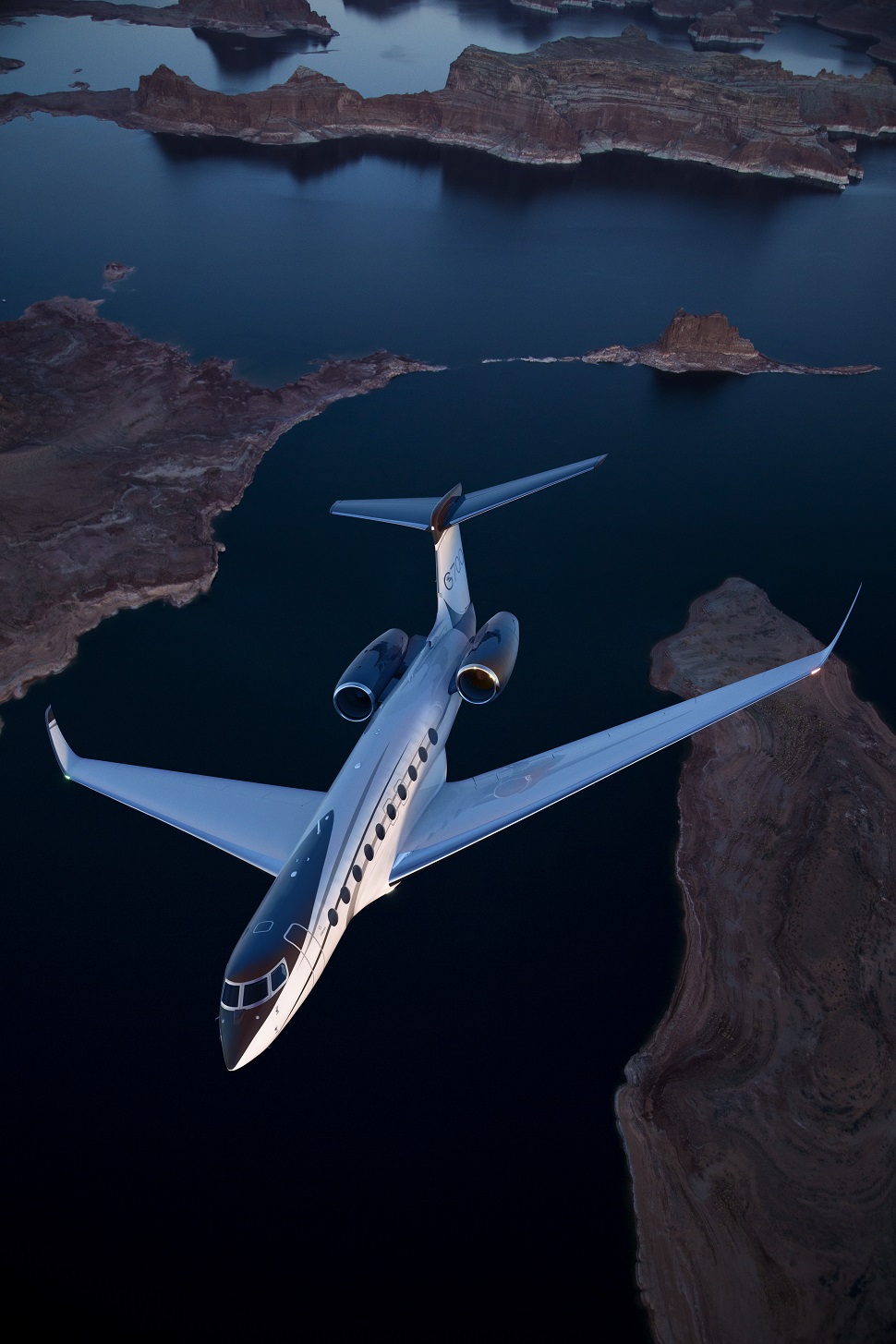 A rendering of Gulfstream's planned G700, which it expects to start delivering in 2022

Gulfstream expects the G700 to share a type rating with the company's recently-certificated G500 and G600. It will also share those models' cockpit technologies and flight systems.

"We [will] take the technology of the 500 and 600 and morph them into a much larger aircraft. That really starts to differentiate us," says Gulfstream president Mark Burns.

He describes the G700 as a response to customers, who Gulfstream says "want more cabin space".

"Our customers, at this point, are not asking for more range… but they want more space," adds Gulfstream senior vice-president of worldwide sales Scott Neal.

The G700 would compete primarily against Bombardier's 7500 in the ultra-long-range market. Direct range comparisons are difficult due to the differing operating specifications under which airframers measure aircraft performance, but Bombardier advertises the 7500, which entered service in 2018, as having 7,700nm range when flying at M0.85 with 12 people aboard. 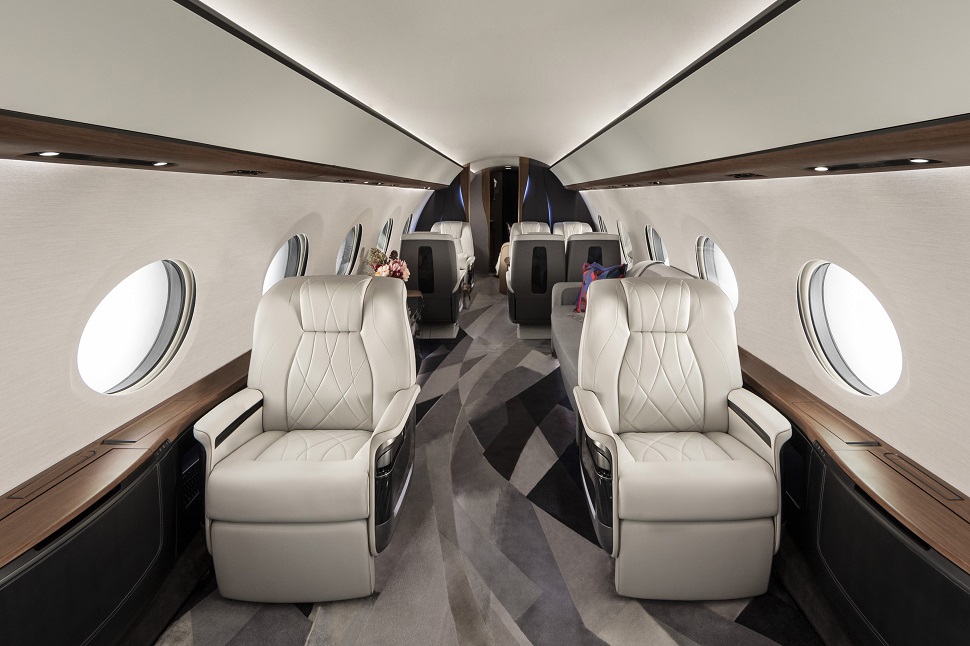 The G700 will also have Gulfstream's latest cabin control system, which passengers will be able to direct using mobile devices, and a "circadian lighting system that dynamically mimics sunrise to sunset", the company says. 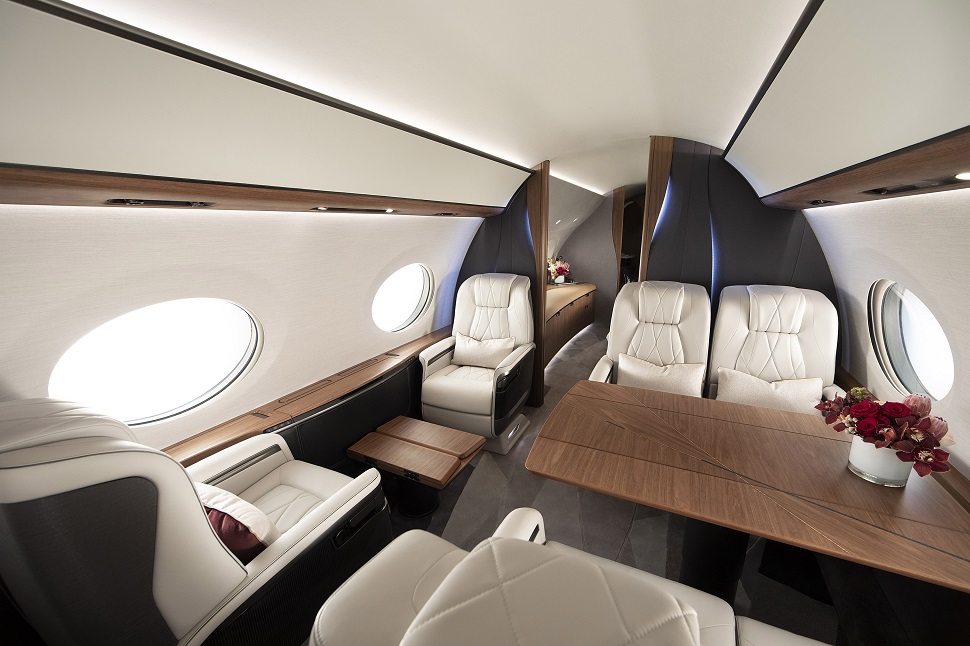 The G700's Pearl 700s turbofans are designed specifically for the aircraft and share the Pearl engine family's common core, says Gulfstream. The powerplants will have "blisk fans" – meaning the blades are integrated into the hub – 10-stage high-pressure compressors, new low-pressure systems and new nacelles, Gulfstream says.

It will be capable of taking off from a 1,905m runway at maximum takeoff weight and of landing in 762m at a typical landing weight.

"The engine is a beast," says Miller. "It's not a bolt-on Pearl. It's specifically designed for this airplane."

Gulfstream will outfit the G700 with a fly-by-wire flight control system and a data concentration network – a central hub that connects and shares data between systems and subsystems, according to Miller.

"It's low work load," Miller says of flying the G700. "The cockpit was designed by pilots for pilots, and it's designed to follow the progression of steps you need to follow… for each phase of flight, from start up through shut down."