Supersonic business aviation broke a crucial barrier at NBAA today with Aerion’s chief executive Tom Vice laying down a firm timeline for first flight with a new engine variant from GE and what was described as a “revolutionary” new cockpit design with Honeywell for the world’s first faster-than-sound business jet.

“We’re on track to fly in June 2023, and before that year is out we will cross the Atlantic at supersonic speed – the first supersonic crossing since the Concorde’s retirement 20 years earlier,” Vice said at a press conference today. 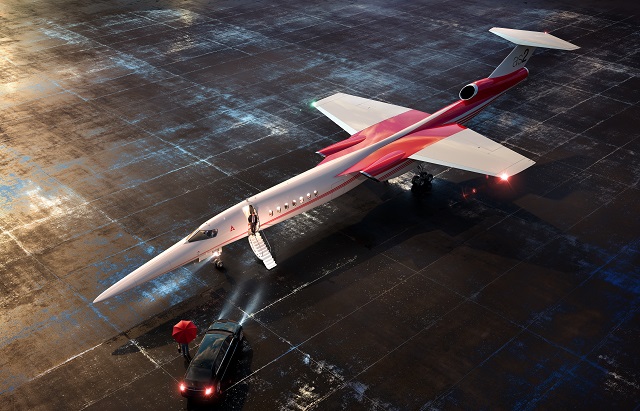 “Aerion and our AS2 industry team, comprised of Lockheed Martin, GE Aviation, and Honeywell, have solved many of the tremendous challenges in creating a supersonic renaissance,” he said.

Earlier today engine-maker GE unveiled the name of the new turbofan for the supersonic jet. The Affinity (below) is described by GE’s vice president of business and general aviation Brad Mottier as a new class of FADEC controlled medium bypass ratio engines that he says will provide exceptional and balanced performance, enable efficient supersonic flight over water and efficient subsonic flight over land, without requiring modifications to existing compliance regulations. 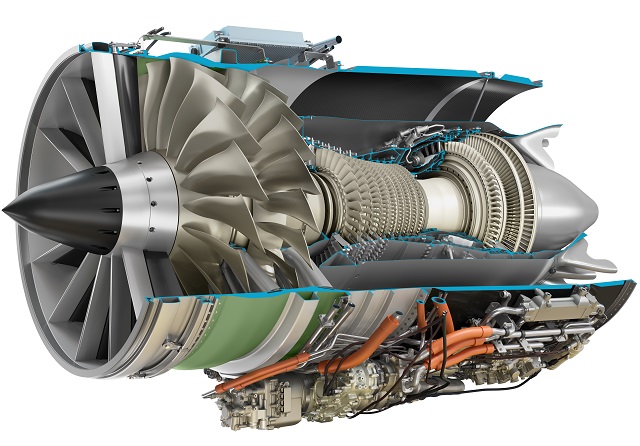 Aerion also revealed Honeywell as the design partner for the cockpit and major cabin systems.

“Honeywell will deliver a comprehensive connected aircraft solution that will enable operators to reach their destinations faster than ever before, maximising their productivity while providing an exceptional travel experience,” says Carl Esposito, president, electronic solutions. “This is a fantastic opportunity to pioneer a new segment of aviation with Aerion.”

Like GE, Honeywell has a wide experience of supersonic-tested equipment with most supersonic military aircraft in the Western world utilising various Honeywell avionics systems and components.

Vice says he is looking beyond the AS2 in a business jet role. “The AS2 is the first step on a roadmap to making supersonic travel efficient, sustainable, and widely available,” he says.