GE Aviation is riding high with advances at both ends of the business aviation spectrum, according to Brad Mottier, vice president and general manager of the company’s business and general aviation and integrated systems.

Following today's announcement about the new Affinity engine for the Aerion AS-2 supersonic jet, Mottier confirmed another newly named engine, the Catalyst, is also surpassing expectations. 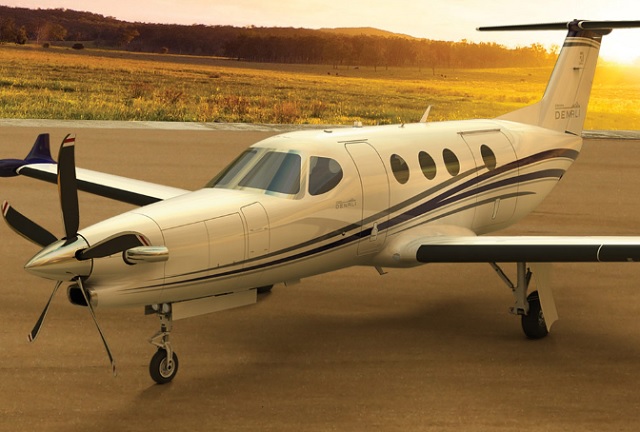 The Catalyst was previously known as the “Advanced Turboprop” and is being developed for the Cessna Denali programme (above). “There has not been any real technology gains in turboprops for some time. This is it,” Mottier said.

The Catalyst is due to begin altitude testing on GE’s flying testbed in Canada – a King Air 350 is being prepared for the role. The engine has already completed 250 hours of testing at the company’s centre in Prague, in the Czech Republic.

“We are on sync with Textron’s schedule,” Mottier says. “Certification requirements are very different today from what they were 50 years ago when the current engines were certified. We have icing particles ingesting, vibration testing and so on. It is all new, but we are ready.”

Manufacturing of the engine has also adopted the latest 3D printing technologies “some 850 parts have been replaced by around a dozen,” Mottier says. “The Catalyst has no structural castings. What is limiting us today is the size of the machines. We will see a rapid increase once we get larger machines and increase the size of the format.”

The engine will be ready for the first flight of Denali in 2019.

GE’s Affinity engine for the Aerion supersonic jet may be just the start. Brad Mottier said he saw the potential for a whole family of engines. “We are building technology suites that will add to a whole Affinity class,” he says.

The engine, which has a core from GE’s commercial family – but with some technology from its military powerplants – has a “unique exhaust and a lot of acoustic treatments,” he said.

The Aerion platform has a limitation of Mach 1.4 but Mottier said with a class of Affinity engines, GE could take on other platforms.