Metal Master's Flaris LAR 1 got airborne for the first time on 8 April and has now completed a number of sorties from the airframer's flight-test base at Zielona Gora airport in western Poland.

The milestone has come just under six years after the launch of the five-seat personal jet, which is the first offering from a family of high-performance, lightweight, low-cost business aircraft planned by Metal Master.

"The aircraft performed and handled very well," says company founder Rafal Landinski, adding that the tests also confirmed the LAR 1's ability to take off using less than 100m (330ft) of runway, and climb at a rate of 5,900ft/min (30m/s).

Certification under Polish S-1 regulations for experimental aircraft is planned by the end of the year, with this approval to enable the company to start delivering examples to local customers.

Podgorzyn-headquartered Metal Master will then pursue validation with the European Union Aviation Safety Agency under CS-23 regulations, with the aim of gaining approval by the end of 2020. 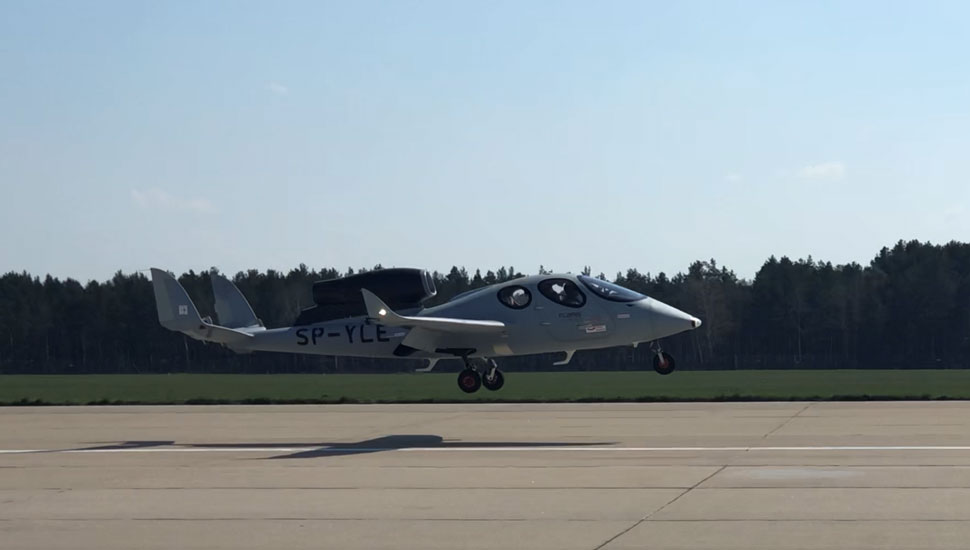 Powered by a Williams International FJ33-5A-turbofan, the LAR 1 is believed to be the only CS-23 single-engined personal jet being developed outside the USA. Its only rivals in this space are the in-development Stratos Aircraft 716 and the Cirrus Vision Jet. The last of these has already opened up a significant lead, with an inventory of over 100 aircraft since entering service in December 2016.

Privately owned Metal Master says it plans to open the orderbook for the €1.8 million ($2 million) LAR 1 once flight testing is in full swing.