The low-cost, per-seat, on-demand service will connect the islands of Alderney, Guernsey and Jersey using a Guernsey-registered Cessna 208 Caravan.

Waves took delivery of the single-engined turboprop (2-CREW) in July. It plans to add a second aircraft by year-end and a third in early 2018. “The first Caravan is leased, so it's not configured in our executive, club-seat layout, which all subsequent aircraft will be,” says Waves head of marketing Emy de la Mare.

Waves' initial plan was to use 2-CREW on a short-term basis to perform proving flights for its air operator's certificate (AOC). However, the Caravan’s layout – with nine seats and a large baggage area – has opened up potential new markets for the operator, says de la Mare. “It is ideally suited to air ambulance and cargo missions, for which there is a huge demand on the Channel Islands,” she adds. 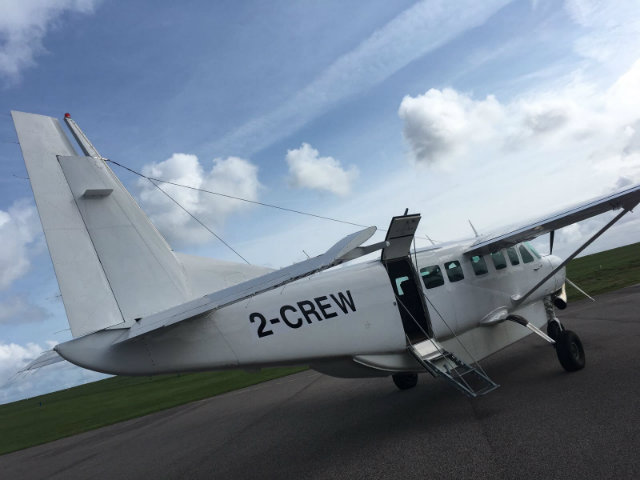 Waves' AOC is expected to be awarded by the end of September. The company will then do a “soft launch with family and friends” de la Mare says, “to iron out any wrinkles and perfect the customer experience”. The formal, public launch is planned for early November.

The offering is designed to plug the gap in the market for high-quality, flexible transport between the islands, which Waves says are currently poorly served by commercial airlines.

The service will be expanded early next year to include northern France and southern UK, while other European destinations will be added later if there is enough demand.

“People have been crying out for this type of service for some time,” she says. “The only affordable way to get off the islands is by boat or by airline but these services are inflexible.”