Krossblade Aerospace has added a cargo drop capability to its SkyProwler unmanned air vehicle, further increasing its potential use for parcel delivery applications.

Using a “switchblade technique”, the vertical take-off and landing aircraft converts into a fixed-wing platform mid-flight before becoming road-able when it lands, a capability that the company told Flightglobal in November would lend itself to the delivery market.

“We have since developed an enlarged cargo compartment and an automatic cargo drop door module, allowing cargo to be dropped in flight, either in hover, or in full-speed winged cruise flight, if necessary,” says chief executive Dan Lubrich.

This, he adds, would allow for emergency medical equipment to be delivered to patients that are in need of treatment for ailments such as allergic reactions, or it could deliver emergency supplies to those trapped in remote areas. In addition, non-critical deliveries could be made using this method.

The configuration of the aircraft has not changed to incorporate the cargo door, as the space for it was designed in from the start, Lubrich says. 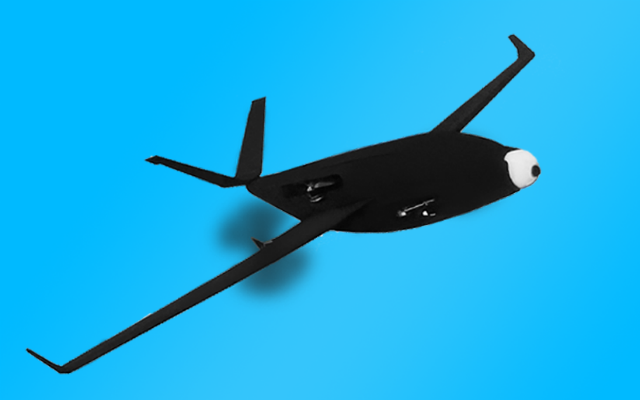 Krossblade has previously said that the delivery market was a target once airspace regulations are lifted.

This new capability has been tested, Lubrich adds, and the company is in discussions with the US Federal Aviation Administration regarding potential certification.

SkyProwler has been the focus of a Kickstarter crowd-funding campaign, and manufacturing is due to begin in July with first deliveries planned for the end of the year.

Krossblade is also developing a manned derivative of the SkyProwler, the SkyCruiser five-seater aircraft, that also incorporates the switchblade design.

It will begin building a prototype at the end of 2015 ahead of flight testing in 2016, and expects the aircraft to be certificated three years after that.