The crash occurred while the aircraft, registered PK-YRN, operated flight IL267 from Sentani to Oksibil in Indonesia’s mountainous Papua province. At the time of the crash the skies were mostly clear with broken clouds at 8,000ft, with moderate winds blowing at 110 degrees and 8kt.

The aircraft had departed at 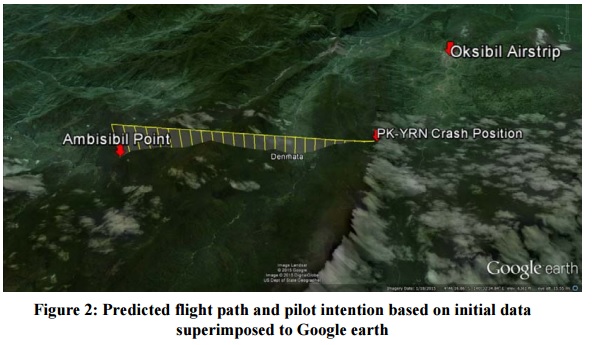 It also recommends that Trigana “ensure the maintenance data record is up to date and includes the installed components.”

The report revealed that the pilot-in-command was 60 years of age and had over 25,000 hours of flight experience, of which 7,340 hours were on

A final report will be issued on