One of Denmark’s AgustaWestland AW101 transport helicopters has been damaged in a landing incident in Afghanistan, the nation’s defence ministry has confirmed.

An aircraft operating from Mazar-e-Sharif air base ended up on its side after a landing incident away from the site, the defence ministry said in a 12 October statement. The crew and personnel aboard the aircraft escaped without suffering serious injury, but the aircraft was seriously damaged, it adds.

Germany’s defence ministry says the incident occurred at around 22:00h local time on 11 October, with one of its soldiers having been among those injured. The incident happened around 13km east of Mazar-e-Sharif during a landing exercise, it says, with six personnel having been onboard. 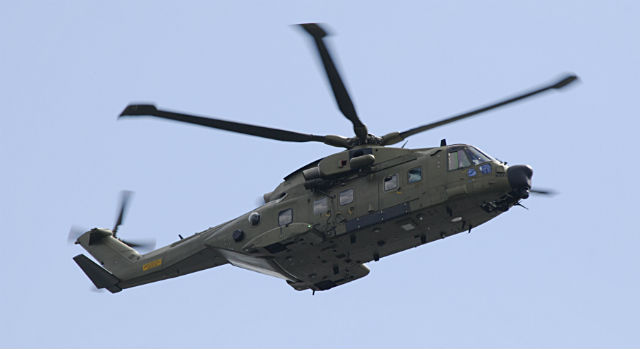 Flightglobal’s Ascend Fleets database records the Royal Danish Air Force as having 14 AW101s, which it records as having been built between 2005 and 2009. Its aircraft are each powered by three Rolls-Royce Turbomeca RTM322 turboshaft engines, and have a maximum take-off weight of around 14.6t.