The contract will become effective in 2022, and will bring the total number of A400M operators to 10, says Airbus. 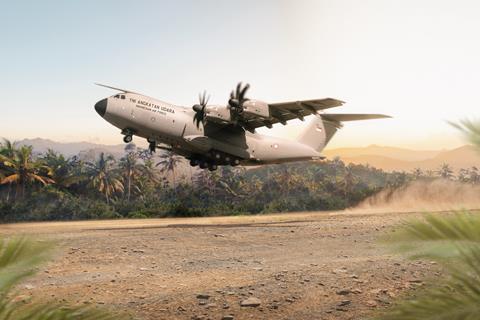 Artist's impression of an Indonesia A400M 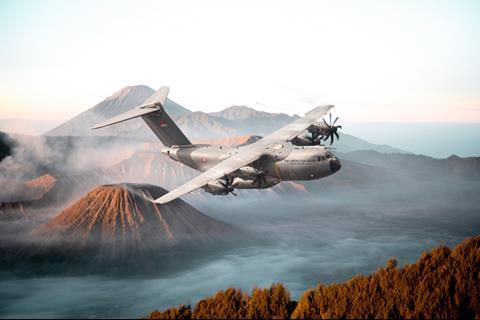 Artist's impression of an Indonesia A400M

The deal includes training and support. In addition, Jakarta has signed a letter of intent for the future acquisition of four additional units.

The company has not provided a value for the deal. The aircraft will be delivered in a multirole tanker and transport configuration.

“The A400M offers outstanding capabilities to Indonesia, providing its air force with the perfect platform to deliver large and heavy loads into remote areas and multiplying its airpower projection thanks to reliable aerial refuelling capabilities.”

The sale will see Indonesia become the second Asia-Pacific operator of the four-engined type, following Malaysia, which has four examples.

A potential Indonesian A400M deal has been discussed for several years. Price, apparently, gave Jakarta some reticence about moving forward.

In 2018, the country’s state-owned Indonesia Trading Company even proposed operating a pair of A400Ms to ferry goods between western and eastern Indonesia, with the Indonesian air force to provide flight crews.

And, in March 2017, Airbus signed a signed a letter of intent with an Indonesian company related to Jakarta’s possible purchase of the A400M. This was with Pelita Air Services, which represents a consortium of state-owned companies involved in aerospace.

Collins Aerospace recently announced that it will work with Indonesian Aerospace to upgrade the cockpits of an unspecified number of C-130Hs.