Collins Aerospace is displaying a developmental widescreen multifunction display that it wants to offer for both new aircraft types and as a retrofit.

Collins Aerospace is displaying a developmental widescreen multifunction display that it wants to offer for both new aircraft types and as a retrofit.

The MFD-4820 can be used with bare hands, gloved fingers, or a stylus, says Nick Parilo, the company’s senior engineering manager for display technology. 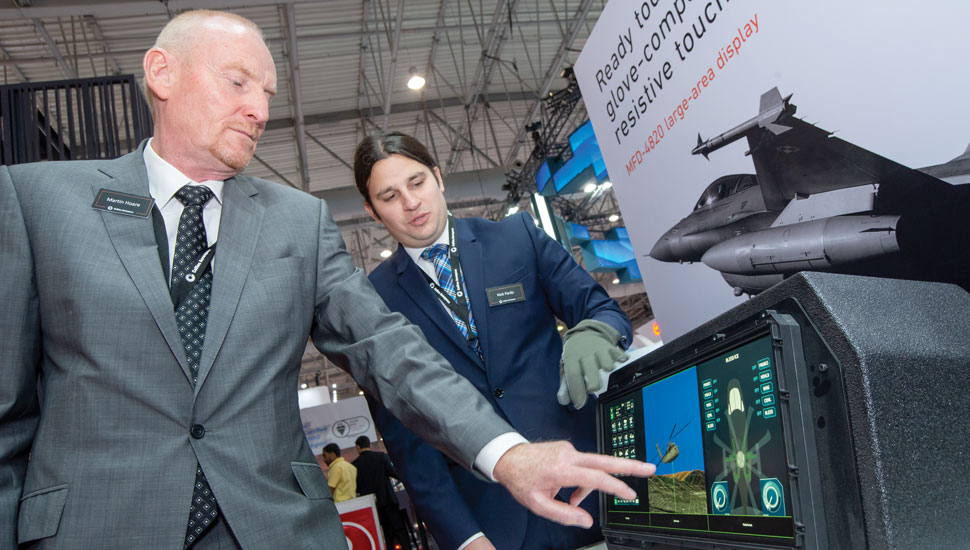 Parilo says potential aircraft that could integrate the technology include fighters, helicopters, tankers and transports. The display behind the MFD-4280 mock-up at the company's stand, however, shows a Lockheed Martin F-16 and a Sikorsky UH-60, two widely deployed types that have attracted a lively upgrade market.

Martin Hoare, director international business development at Collins, says the company has held discussions with a number of parties, including OEMs, end-users, and MRO firms.

The company has been developing the MFD-4820 since early 2018, and this is the first time it has introduced the display to an international audience.

The display is designed for redundancy, with separate power supplies to its right and left panels. Though the entire display is seamless to the pilot, should one side be damaged or lose power the other side will continue functioning.

For helicopters, an option is available with physical buttons around the periphery of the display, which is common with existing MFDs and is necessary because of owing to the greater vibrations in a helicopter cockpit.