Eurofighter has responded to demand from potential customers to add an anti-ship missile capability to the multi-role Typhoon, by conducting a fit test of a configuration with six of the weapons.

An image released by the Eurofighter consortium during the Dubai air show shows an Italian example of the twin-engined combat aircraft loaded with six MBDA Marte ER missiles. 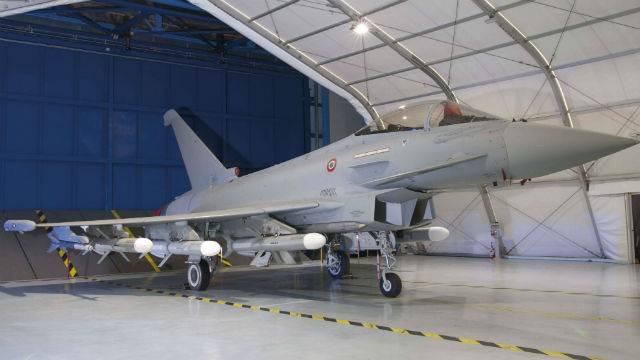 Weighing 260kg (572lb), the weapons would be carried and fired with the Typhoon maintaining a subsonic flight envelope, with the fighter also capable of carrying air-to-air missiles at the same time.

More than 450 Eurofighters have been delivered so far to the air forces of partner nations Germany, Italy, Spain and the UK, plus export operators Austria and Saudi Arabia. The type is also on order for Oman, and was recently selected for a 28-aircraft deal yet to be finalised with Kuwait.