Honda has flown the third of four HondaJet flight test aircraft set to take part in the US Federal Aviation Administration certification programme for the $4.5 million HA-420 entry-level jet. 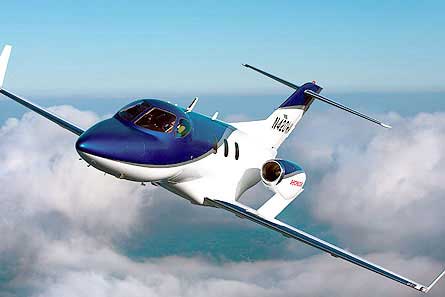 Of the four conforming aircraft built to date, three (F1, F2 and F3) are flight test aircraft and the fourth (ST1) is a structural test article on which the company successfully completed an ultimate strength test to 150% of design limit loads, says HondaJet president and chief executive Michimasa Fujino.

He says the final two aircraft are in fabrication, one for the flight test campaign and one for structural testing. Aircraft F3 will be used primarily for avionics and electrical system flight testing.

New HondaJet features displayed here at EBACE include an option for pilots or co-pilots to split the 14in (356mm) primary flight displays (PFDs) in the Garmin 3000 flight deck in a 40/60 format to include more information, an upgrade designed to improve the visual scan process for single-pilot operations. A new cabin management system allows passengers to use an iPad to control cabin elements, including lights, sound and temperature.

Honda in October revealed a one-year slip for the HondaJet entry-into-service to the second half of 2013, due to a needed engine redesign. Problems were encountered during ice slab induction tests at GE facilities, requiring the redesign of the one-piece titanium fan "blisk" for the 1,950lb take-off thrust (8.7kN) engine.

Brad Mottier, vice president and general manager of GE Aviation's business and general aviation group, says the company will finish FAA certification testing in August, though completing the reports and having the US Federal Aviation Administration process the submission will take several months longer. "We believe we're going to have the certification this year," says Mottier.