Kuwait has reached an agreement with the Italian government linked to the planned acquisition of 28 Eurofighter Typhoons.

“We are delighted to welcome Kuwait as the newest member of our Eurofighter Typhoon family,” says consortium chief executive Alberto Gutierrez, who also describes the selection as providing “a great opportunity for further Eurofighter orders.”

After waiting for almost three years since its last international sale, the programme is now seeing “growing interest across the globe, and in the Gulf Region in particular,” Gutierrez adds. 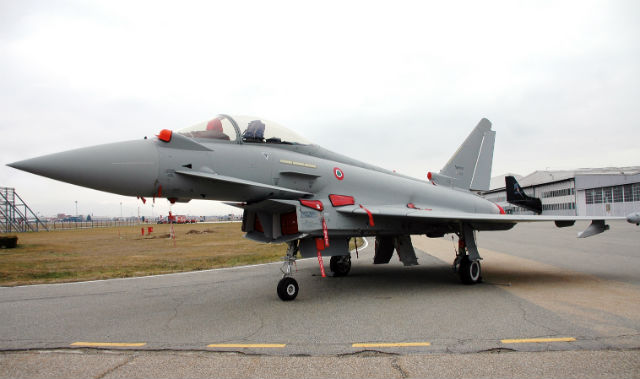 Current operators are European partner nations Germany, Italy, Spain and the UK, plus export users Austria and Saudi Arabia. Twelve of the type are also to be delivered to Oman, under a contract signed with the UK in December 2012.

The Eurofighter consortium says total commitments to the Eurojet EJ200-powered combat aircraft stand at 599 units, including the planned Kuwaiti acquisition. 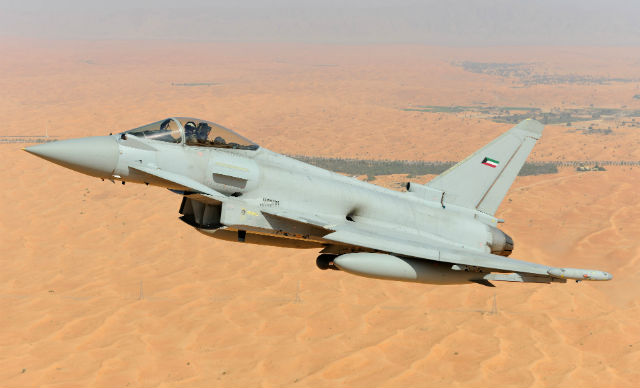 Italy and Eurofighter partner company Alenia Aermacchi have led the consortium’s export campaign in Kuwait, where the type has faced competition including the Boeing F/A-18E/F Super Hornet and Dassault Rafale.

Earlier this year, Boeing officials spoke optimistically about the prospects of a Super Hornet deal with the Gulf nation, which already operates the legacy F/A-18C/D.