US Marine Corps F-35B fighters made their inaugural trip to Air Station Iwakuni, Japan on 18 January, where the Marine Fighter Attack Squadron 121 will operate the Lockheed Martin stealth fighter on its first operational deployment overseas.

Before arriving in Japan, the squadron was stationed with the the 3rd Marine Aircraft Wing at MCAS Yuma, Arizona. The USMC converted the Boeing F/A-18D squadron to F-35Bs at Yuma after declaring initial operational capability in July 2015. A total of 16 F-35Bs are expected to arrive to Iwakuni this year, a Marine spokesman tells FlightGlobal.

The deployment means the F-35B becomes the first US stealth aircraft to be permanently based west of Hawaii and Alaska in the Pacific theatre. The US Air Force also deploys Lockheed F-22s and Northrop Grumman B-2s into Asia on a temporary basis.

In the next few years, the USMC unit will be joined by new F-35As delivered to foreign air forces in Australia, Japan and South Korea. At the same time, China's People's Liberation Army Air Force is fielding the Avic J-20, a stealthy, twin-engined aircraft. 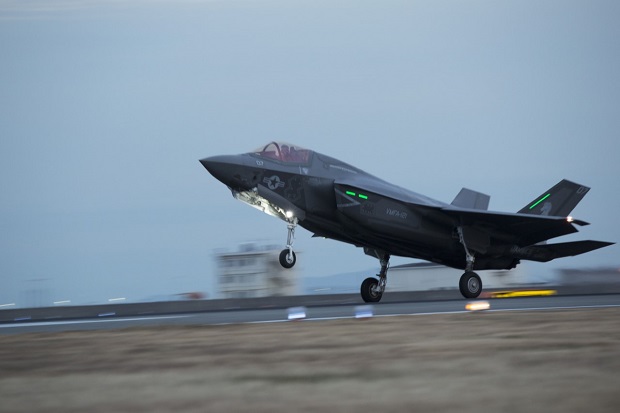