An important lesson from the coronavirus crisis is that too many airlines focus on “paper profits” at the expense of genuine liquidity, according to Wizz Air chief executive Jozsef Varadi.

Speaking during an FIA Connect session today, Varadi says that Wizz Air entered March with €1.5 billion ($1.7 billion) of free cash, and “most of it” has been preserved.

That liquidity has been a key factor in the central European budget carrier’s ability to weather the crisis, and to emerge at a faster pace than many of its rivals, Varadi believes. 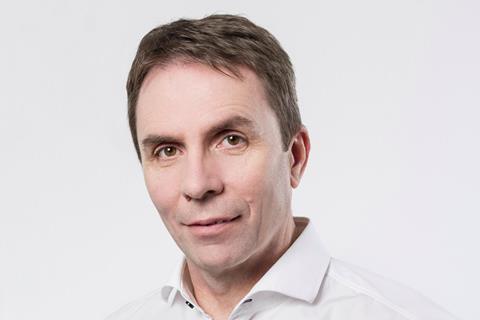 “I think that must be one of the learnings of the industry,” he says. “Managements should not be running airlines for paper profit because they are measured on quarterly results by stock exchanges and analysts.

“You have to run these businesses for the long run, and liquidity and cash are critical components of your business model.”

Varadi cites his own experience as an economist when describing how Wizz Air approaches its liquidity strategy.

“One of the first lessons you learn as an economist is that the world goes through economic cycles,” he states. “One day you might be up but the other day you are going to be down. And you have to survive as a business under those circumstances.

“In the good times, I think airlines should be responsible for building the buffer and creating a strong liquidity line, then when it comes to more difficult times, actually you have financial resources to survive and go through that situation.”

Wizz Air has therefore been run “not only for profit but for financial resilience”.

That imperative is heightened by the airline being a privately owned operator in the “no man’s land” of not being the flag carrier of a particular country.

“When things get tough, there is no one to lean towards,” Varadi states. “So we have to do it ourselves and we have to survive ourselves. That’s been a guiding principle forever.”

He notes that Wizz Air is today running nearly 80% of its year-on-year capacity, versus an industry average of less than 40%.

“The moment we operate, we only operate on a cash-contribution basis, so actually we are creating cash as we speak,” Varadi says. ”So we are now not only preserving, but we are also adding to our liquidity.”