The US Air Force Nuclear Weapons Center formally approved in October the start of production of the B61-12 nuclear gravity bomb’s new guided tail-kit assembly.

The production decision marks the completion of a series of developmental flight tests involving some 31 inert bomb drops, all which were successful, according to the programme office.

The programme office says it completed a 27-month test programme in less than 11 months. It claims the accelerated schedule, as well as other risk mitigation strategies, helped to save more than $280 million in development costs.

“This development effort brought the first-ever digital interface to the B61 family of weapons and demonstrated the B61-12 [tail-kit assembly’s] compatibility with the Air Force’s B-2 and F-15 aircraft,” said Col Paul Rounsavall, senior materiel leader for the B61-12 tail-kit assembly testing. “In addition, the [tail-kit assembly] achieved greater than five times its required performance during developmental testing and is ready to start initial operational test and evaluation.” 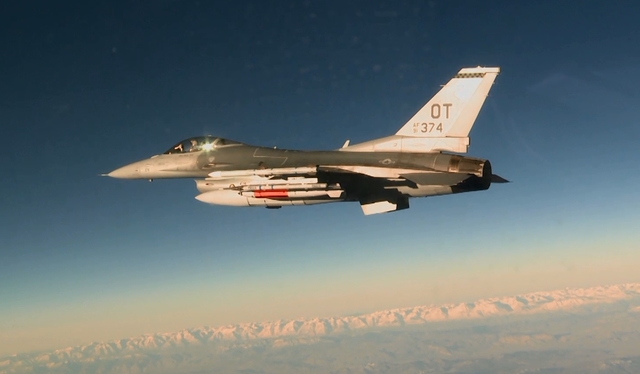 The new tail-kit assembly is manufactured by Boeing and is part of a larger life-extension programme for the B61 nuke, which was first deployed 50 years ago. The life extension programme will “refurbish, reuse or replace all of the bomb’s nuclear and non‐nuclear components to extend the service life of the B61 by at least 20 years, and to improve the bomb’s safety, effectiveness and security,” according to the Department of Energy.

The USAF has four B61 variants in its stockpile: the 3, 4, 7, and 10. However, as part of the life extension and tail kit upgrades, the service will consolidate and replace the four weapon designs with the B61-12, which claims better accuracy and a substantial reduction in yield, according to the Department of Energy.

The B61 can be air-delivered in either ballistic gravity or guided drop modes. It is planned to be certified on the Northrop Grumman B-2A Spirit, Boeing F-15E Strike Eagle, Lockheed Martin F-16 Fighting Falcon (C, D and midlife update variants), Panavia PA 200 Tornado, as well as future aircraft platforms such as the Lockheed Martin F-35 Lightning II and Northrop Grumman B-21 Raider.