Turkey is expected to receive two more green Bombardier Global 6000 long-range business jets later this year for conversion into stand-off jamming platforms, as part of the country's HAVA SOJ programme. These will follow an initial pair delivered to the nation in March 2019.

Turkish Aerospace and partner Aselsan are working jointly on the project, which will see all four aircraft fitted with a variety of electronic payloads. These include communication and radar jammers plus electronic support measures (ESM) equipment that will allow the identification of enemy emitters, including surveillance and fire-control radars. 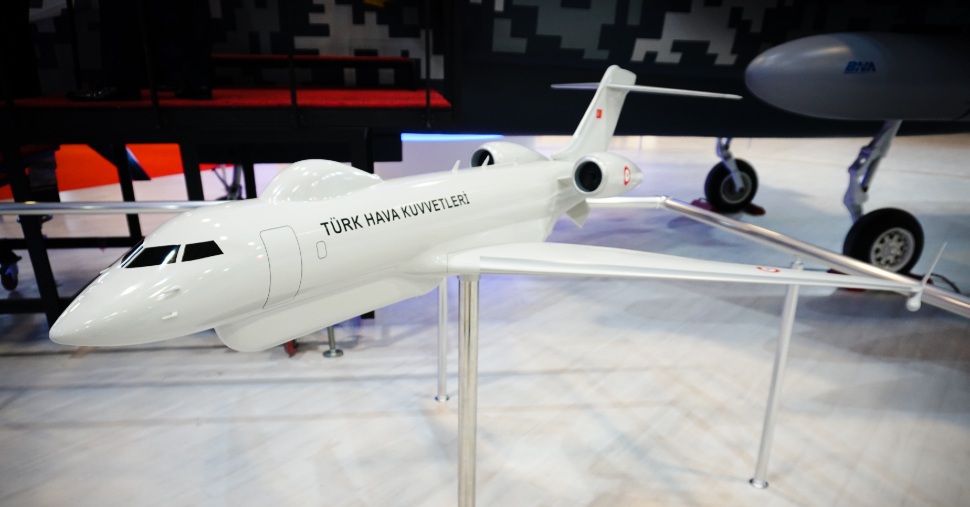 Ankara's defence industries undersecretariat says the project will ensure that Turkish fighters "will be able to operate safely", especially during cross-border operations.

The lead pair of Global 6000s are currently going through baseline certification flight testing with Turkish Aerospace. Aselsan is providing the bulk of electronic equipment, while Bombardier as a subcontractor is expected to provide assistance on external modifications and interior layout, including operator consoles.

Speaking at the IDEF exhibition in Istanbul, Ibrahim Kilinc, senior lead engineer, airborne electronic warfare programmes at Aselsan, told FlightGlobal that the project is still in its planning phase, with a design review expected to be completed later this year.

The first fully integrated aircraft is expected to be available within a couple of years, with deliveries planned to begin in 2023 and conclude by 2025. Export orders could also follow, pending licence approvals, according to Turkish officials.

The HAVA SOJ configuration features a large canoe fairing beneath the fuselage that will house the transmit antennas required to jam radios and radars from stand-off range. The aircraft also has a large dome fairing on top of the fuselage for communications equipment, and wing-tip-mounted ESM pods. The rear fuselage will also be modified with a tail boom-type configuration to house additional sensor equipment, although officials decline to provide further details.