The Indian defence ministry’s response to a parliamentary question suggests that a plan to obtain 110 advanced fighters is inching through New Delhi’s bureaucracy.

The response followed a question posted by a parliamentarian regarding India’s ambitions for “public private partnerships” to develop indigenous manufacturing capabilities. 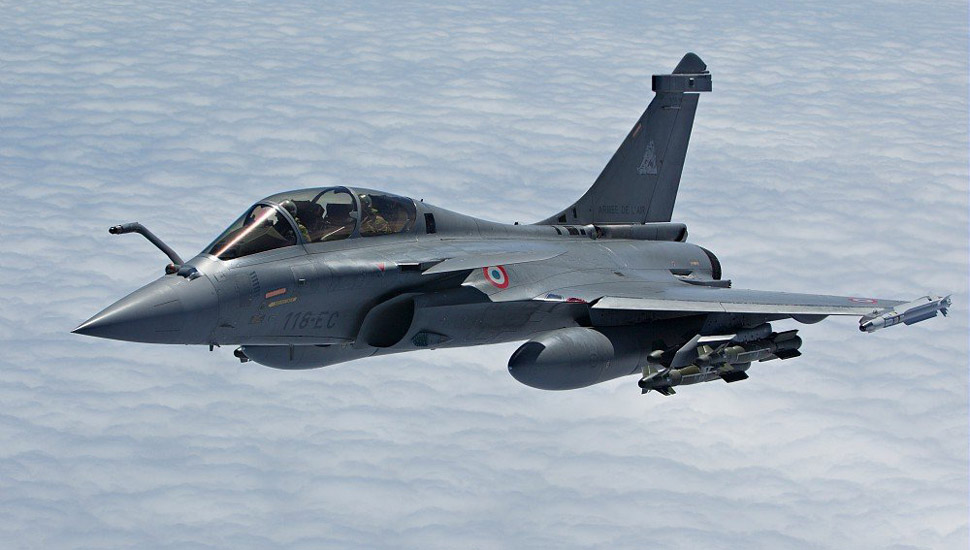 “The evaluation of responses to the request for information (RFI) and finalisation of SQR (Services Qualitative Requirements) have commenced,” said defence ministry official Mohan Naidu Kinjarapu in a written response.

The SQR could set the stage for a request for proposals, though the timeline is unclear.

Ultimately Dassault’s Rafale won, but the deal collapsed in 2015. Among other issues, a main sticking point was apparently the terms of local production. The deal was to see 18 aircraft delivered in a flyaway condition, and the balance produced by Hindustan Aeronautics (HAL) locally.

Dassault is understood to have balked at a stipulation that it would be held responsible for the production quality of HAL produced jets.

Subsequently, in 2016, prime minister Narendra Modi went on to buy 36 Rafales directly, with the first Indian examples set to arrive this year.

After a flirtation with a single-engined fighter requirement, New Delhi elected to broaden the new competition to twin-engined fighters, resulting in a return by the same cast of contenders as with MMRCA. The RFI calls for roughly 80 single-seat and 30 twin-seat jets, with “15% aircraft in a flyaway state and the remaining 85% aircraft will have to be made in India by a strategic partner/Indian production agency.”

As with the original MMRCA deal, European contenders again include the Dassault Rafale, Eurofighter Typhoon (with BAE Systems as the campaign lead), and the Saab Gripen E/F.

American contenders again include the Boeing F/A-18 E/F Super Hornet and a variant of the Lockheed Martin F-16V optimized for India. At February’s Aero India show, Lockheed recast its offering as the ‘F-21’ – borrowing the designation given to Israel Aerospace Industries Kfirs’ operated by the US Navy and Marine Corps as aggressors in the 1980s and 1990s.

The RAC MiG-35 is also, again, seen as a potential contender.

As with the original MMRCA deal, contractors have trumpeted plans to help India become a major fighter production hub.

“The F-21 addresses the Indian air force’s unique requirements, and integrates India into the world’s largest fighter aircraft ecosystem with the world’s pre-eminent defence company,” said Lockheed at this year’s Aero India. “Lockheed Martin and Tata Advanced Systems would produce the F-21 in India, for India.”

Other contenders have been coy about their partners, although Boeing said that it held discussions with HAL and Mahindra Defence Systems at Aero India. The Boeing fighter is also in contention with the Rafale for a separate 57 aircraft deal to provide carrier-capable fighters for India’s navy.

“The partners are developing comprehensive plans to set up a new 'factory of the future' to manufacture Super Hornet locally,” said Boeing at the show. “The programme is expected to work with several Indian suppliers to grow a thriving defence aerospace base, which could accelerate other programmes. The facility will create a world-class, highly-trained aerospace workforce.”

As the competition, informally dubbed “MMRCA 2.0” picks up speed, interest and marketing activity are bound to increase. This will take place against a backdrop of obsolescence in India’s frontline fighter force the original MMRCA was meant to address.

In October 2018, air force chief BS Dhanoa stated that Modi’s 36 unit Rafale deal was an “emergency buy,” given that India’s fighter squadron strength had fallen to 33, compared with the authorized strength of 42.5.

In February 2019, shortly after the Aero India show, one of the air force’s aging Mikoyan MiG-21 ‘Bison’s’ was shot down by the Pakistan air force in an aerial skirmish over the disputed province of Kashmir. While the pilot survived and was returned safely to India, and tensions subsided, it proved an embarrassing moment for New Delhi.