Kongsberg has entered into a deal with Tokyo to supply its Joint Strike Missile (JSM) for use by the Japan Air Self-Defense Force (JASDF).

The Norwegian company disclosed the deal in a statement, but said that neither it nor the Japanese government are disclosing the number of weapons or the value of the contract. The timing of deliveries was also not discussed.

“The international [Lockheed Martin] F-35 user consortium is showing great interest in the JSM and Kongsberg is very proud to have been selected by Japan to provide the JSM for their F-35 fleet,” says Eirik Lie, President, Kongsberg Defence & Aerospace.

“This is a major milestone for the JSM program, entering into the production phase.”

The F-35 can carry two JSMs internally. At the Japan Aerospace show in 2016, the company told FlightGlobal that the weapon can also be adapted to serve aboard the Kawasaki P-1 maritime patrol/anti-submarine warfare aircraft. 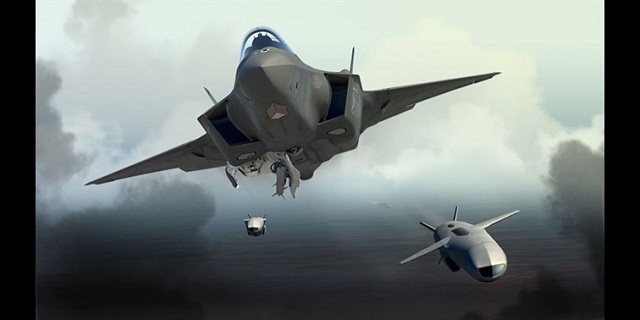 To evade the first two threats, the IR-homing, high subsonic missile features low-observable characteristics and a sea-skimming flight profile. To defeat the last obstacle, it flies an erratic flight profile in the seconds before impact, throwing off guns’ ability to lead the missile effectively. The weapon’s 120kg warhead all but guarantees a mission kill.

Tokyo has plans to eventually obtain up to 147 F-35s, which would make it the world’s second largest operator of the type. Of these, it is likely that 107 will be conventional take-off and landing F-35As, while 40 will be short take-off and vertical landing (STOVL) F-35Bs.

Cirium Fleets Analyzer indicates that so far Tokyo has taken delivery of 12 F-35As.