Sierra Nevada and Textron reaffirmed their commitment to jointly bid on the US Army's Fixed-Wing Utility Aircraft programme using a new variant of the Beechcraft King Air 350 even though that aircraft was rejected in September 2017 by the service.

The pair of manufacturers were the only bidder in the Army’s Fixed-Wing Utility Aircraft programme last year, but were rejected because the variant of the Beechcraft King Air 350 they submitted could not meet the service’s payload requirements without having a center of gravity that exceeded the limit established by Textron, according to the Government Accountability Office. The Army cancelled the solicitation because it did not receive other offers.

An appeal by Sierra Nevada to the GAO was rejected in December. 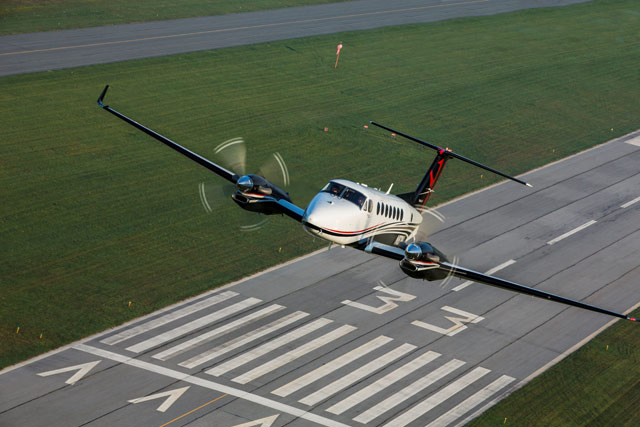 In January 2018, the Army relaunched its Fixed-Wing Utility Aircraft programme with the hope that more manufacturers would submit bids.

Despite earlier rejection, Sierra Nevada and Textron are confident that they will be able to develop another version of the King Air that will meet the Army’s needs.

“SNC and Textron Aviation will provide a solution that exceeds whatever requirements are established by the government,” said Sierra Nevada. “We expect release of the final solicitation in May.”

The Army’s Fixed-Wing Utility Aircraft programme is designed to replace its C-12 and C-26 transport aircraft with a commercial airframe that has had minor modifications for military payloads.