Why RSK MiG sees a future in regional turboprops

Russian fighter manufacturer RSK MiG is preparing production of an updated version of the Ilyushin Il-114 regional turboprop in a bid to create additional workload beyond its long-standing MiG-29 family.

The manufacturer – a division of United Aircraft (UAC) – rolled out the MiG-29 series’ latest version, MiG-35, in 2017 and is now in the process of promoting the jet to countries operating previous Fulcrum versions, director general Ilya Tarasenko told FlightGlobal during an interview in Moscow in April.

Half of RSK MiG’s business comes from the supply of new aircraft, while the balance is covered by support activities for the in-service fleet at the air forces of Russia and approximately 30 other nations.

“We support all the aircraft that our company manufactures throughout their lifecycle,” Tarasenko says. “When the lifecycle is over, we switch to another aircraft, which is also supported throughout its lifecycle.”

As India has been a long-standing customer, the country is “obviously a main market” for the MiG-35, and the manufacturer has a plan to delegate support activities to local providers as part of its bid for a fighter deal, Tarasenko says.

But he declines to provide detail about the company’s order and delivery situation and shows much more interest in discussing the Il-114-300 project.

Production of the twin-turboprop’s prototype has begun, with a plan to conduct a first flight in 2020.

“Currently we are working with the airlines to fix requirements to the aircraft,” he says.

Engineering activities for the aircraft – featuring updated Klimov ТВ7-117СТ-01 engines, new cockpit equipment and a new cabin interior – are being led by Ilyushin’s design bureau. The aircraft will be available with different cabin configurations for 68, 60 and 52 passengers.

Despite the prototype production having started, Tarasenko says that MiG is in a position to immediately include additional specifications in the manufacturing process. 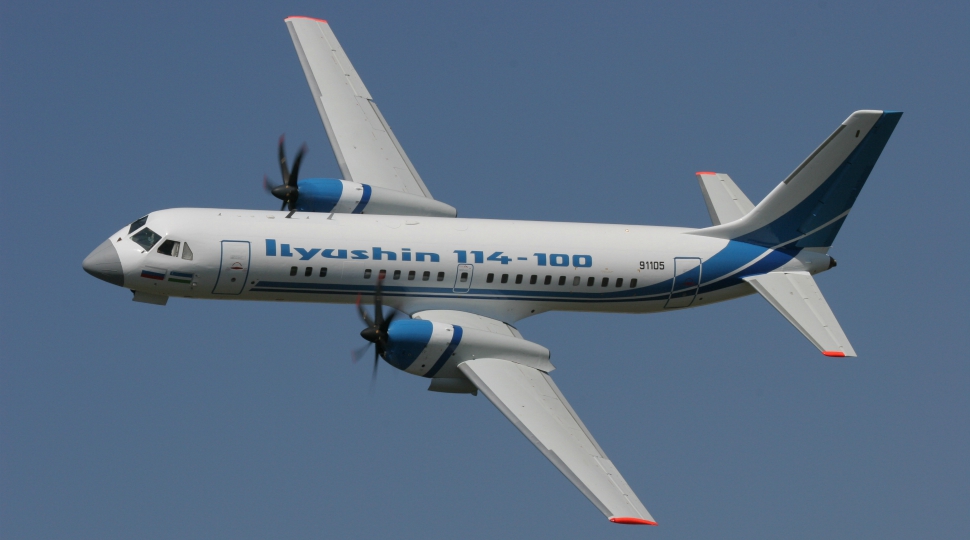 Certification is targeted for 2022, with a plan to start serial production at an initial rate of 12 aircraft per year. The manufacturer’s existing capacity would facilitate an increase to 36 units per annum, says Tarasenko.

He foresees demand for 300 Il-114-300s across Russia and further sale opportunities abroad. Southeast Asia represents the second largest market for the type, he says.

Marketing efforts will concentrate, in particular, on countries without highly developed airport infrastructure, with remote areas and island destinations. The aircraft is designed to operate from unpaved runways and can be equipped with ski-and-wheel landing gear for operation in arctic conditions.

Tarasenko acknowledges that countries with limited airport infrastructure have been targeted by the two Western turboprop manufacturers ATR and Bombardier. While Bombardier is in the process of selling its Q400 programme to an affiliate of Viking Air – the deal is set to close in mid-2019 – Tarasenko argues that both in terms of acquisition and maintenance cost the Il-114-300 will be competitive against rivals.

All of the turboprop’s new cockpit and cabin interior equipment will be supplied by Russian manufacturers. RSK MiG estimates that the “fully domestic production of IL-114-300 will yield about $5 billion savings on phasing-out of import components”.

The Il-114 is not the company’s first civilian project – RSK previously manufactured the Il-103, a single piston-engine trainer that found employment in South Korea’s air force, among other operators.

Tarasenko insists that RSK MiG’s survival is not dependent on the Il-114-300 programme but admits: “For any company that burns money, any programme that brings money is important. We have a business plan for the Il-114 where we see what profits we can get. That’s why we are implementing the programme under authority of [parent group United Aircraft].”