Stockholm has withdrawn Saab's Gripen E from a high-profile competition in Belgium, narrowing the field to a choice between the Dassault Rafale, Eurofighter Typhoon and Lockheed Martin F-35.

However, it adds that in its request for a government-to-government proposal: "Belgium is also seeking extensive operational support from the delivering nation. This would require a Swedish foreign policy and political mandate that does not exist today. Therefore, Sweden and the FMV choose not to submit an answer to the Belgian request."

Belgium's ACCaP procurement agency recently requested pricing information linked to a future fighter procurement. This is expected to lead to the acquisition of around 36 aircraft to replace its current 59 Lockheed F-16A/Bs.

Sweden's decision to withdraw from the Belgian competition came three months after Boeing opted to pull its F/A-18E/F Super Hornet from contention, stating that it did not "see an opportunity to compete on a truly level playing field", due to Brussels' perceived preference for the F-35. 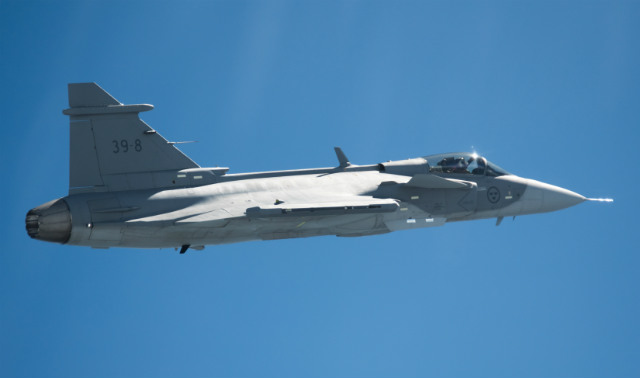 Saab performed the first flight of its Gripen E from Linköping on 15 June (above), with prototype aircraft 39-8 having completed a second sortie one week later.