By pooling the real-life experiences of hundreds of pilots flying thousands of sorties each week, FlightSafety and GE Digital are able to identify where risks are highest, and tailor training accordingly

The power of “big data” is transforming many aspects of aviation from allowing airlines to predict when components will need replacing to giving them tools to better understand their customer. It is also making flying safer, thanks to a partnership between FlightSafety and GE Digital. The initiative uses corporate flight operational quality assurance (C-FOQA) data – a form of flight data monitoring – to identify risks and adapt training accordingly. 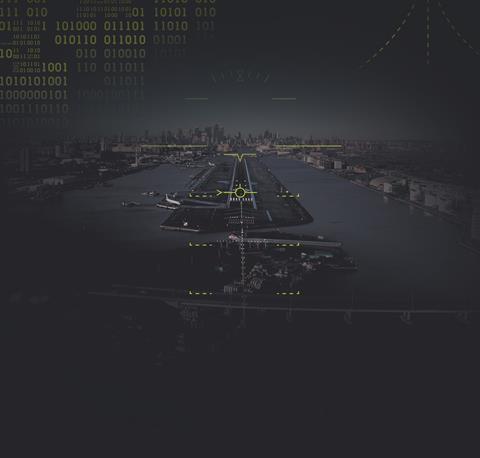 Announced in October last year, the venture sees GE Digital provide real-world data-derived insights – all on an aggregated, anonymous basis – to FlightSafety, which uses them to tailor training programmes. With more than 300 operators of more than 1,200 aircraft contributing to the C-FOQA flight data library, GE Digital has an ever growing inventory of intelligence on when and where pilots are most likely to encounter error inducing conditions, or where risk is highest, which it can pass onto FlightSafety for focus during training.

It means that data on the likes of approach stability, touch down point control, procedure compliance and runway safety can be collated and analysed. By understanding where the safety threats are greatest, FlightSafety puts together training procedures and scenarios that ensure pilots are prepared, says its executive vice-president of safety and regulatory compliance, Richard Meikle. These modules can be further fine-tuned for specific aircraft types or actual airports.

According to Meikle, the efforts to partner with GE Digital started in early 2021 with the goal of using C-FOQA data to design pilot training courses. “We approached GE Digital who are known as the industry leader in flight data analysis with the idea of obtaining access to their data,” he says. “But they said to us ‘Why don’t we form a partnership?’. It made sense to bring together two businesses each focused on their area of expertise – data and training.” So far, says Meikle, the “feedback from instructors and clients has been terrific”.

“We are experts at quality flight training, but didn’t have the data piece. GE is expert in delivering great analysis, but didn’t have a training delivery method to influence the data,” says Meikle, who says the “phenomenal partnership” fits with the FlightSafety philosophy that a prepared aviator is better than a proficient one. “It is more than a slogan,” he adds. “It is about ensuring pilots don’t just meet the requirements to be proficient. They need to be prepared for anything they might meet in the real world.”

The first category of focus to be incorporated into the training, earlier this year, was runway excursion prevention. According to Airbus analysis, these accounted for one third of hull loss accidents across the whole of commercial and business aviation between 2001 and 2020.

During the first simulator training session, every pilot is shown a narrated presentation of C-FOQA derived data focusing on the influence of factors affecting touchdown point, including the effect of seasonality influences, along with airports with higher risk of runway excursion says Meikle.

Weather is crucial but the relationship with risk is rather counter-intuitive, as Meikle explains. “Everyone is on their game if the conditions are snowy and icy, and more relaxed when it is warm and higher ceilings,” he says. “But in such conditions, the runway can be wet, and some of the data suggests that June to August are among the highest risk months for runway excursions. When people understand this, they may consider opting for a longer landing.”

The GE data also identifies the top 10 runways for excursions. Several of these, such as runway 21L at Atlanta, GA Peachtree-DeKalb airport, have long, displaced thresholds that create visual ambiguity, says Meikle. GE Digital and FlightSafety are now working on devising specific procedures for a large list of airports that would include lateral and vertical guidance. Once approved by the US Federal Aviation Administration and other regulators they will be incorporated into the training syllabus.

The next phase of the partnership will concentrate on training for loss of control in flight and controlled flight into terrain prevention, with scenarios based on actual incidents overlaying the regulatory requirements that all pilots already meet. “In some simulator scenarios you may have the pilot fly towards the terrain until they hear the [pull-up terrain] warnings to demonstrate functionality. But if you do that, it is not realistic – there is no startle factor,” explains Meikle.

To get around this shortcoming, GE Digital has been working through the data to find a procedure or airport that has a noticeably high prevalence of alerts. “We’ll use that particular procedure for training,” continues Meikle. That way we are teaching procedure, according to the regulations, but also showing the reality of an actual threat in the airspace system. It makes the training far more realistic.”

Meikle stresses the importance of the data from those 300 operators being anonymized. “They all contribute data into the pool, but we don’t see details of individual flights. One of the fears we knew we needed to manage when we started down this road was that of pilots being fearful of their individual performance being shared. With GE Digital being the aggregator and only sharing trend information, the concern is eliminated. But when you look at up to half a million dots on a graph, there is no way of picking out one particular operator or aircraft,” says Meikle.

For all its experience in training pilots to be safe, Meikle is humble enough to admit that FlightSafety does not have all the answers. “By offering this service, we are letting the data talk for us, rather than presuming we understand what the biggest threats are,” he says. “We are using data to drive us towards what is really causing the problems. If we can eliminate the potential of accidents with this partnership, we are achieving our objective of saving lives.”