During a visit to the “Rolling Sword” squadron, which operates the “Yanshuf” transport, pilots spoke about the skills needed to fly troops or to perform a search and rescue mission in a densely populated area – such as the Gaza Strip – when weapons of all sorts are firing “from every rooftop”. 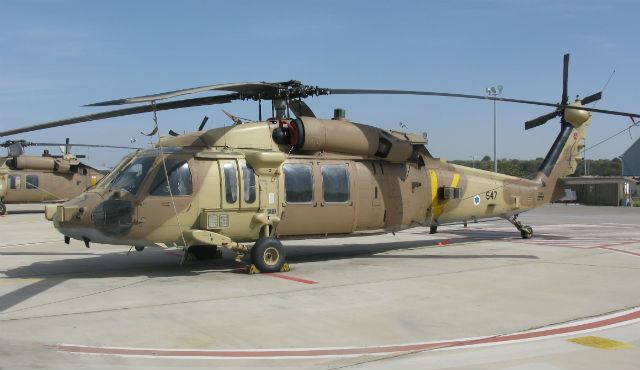 “We have systems on board that help to protect us against some of the threats, but against others it is the capability of the pilots to fly the helicopter,” says one Black Hawk pilot, identified only as Lt I, who says one of the techniques is to fly very fast in a saturated area. “We simulate those techniques in the simulator, based on the squadron’s accumulated experience,” he adds.

Once flying in formation, in most cases with two helicopters, the preferred method is “follow the leader”.

“By doing what number one does we reduce the talk on the radio, which allows more concentration on directions from headquarters,” Lt I says. 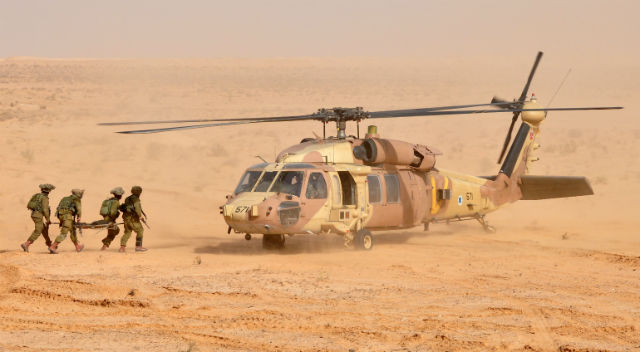 When not in combat, the squadron performs rescue missions to assist civilians. Its pilots train with the soldiers of Israel’s 669 search and rescue unit, and have recently practised maritime recovery tactics. “Among other things we trained to rescue people from an offshore gas pumping rig in the Mediterranean,” Lt I says.

An advanced night-vision goggle system is used by the squadron’s pilots, and recently this feature has been added to missions on the simulator at Palmachim air base. The training system has two interchangeable cockpits, for the air force’s Black Hawk and Sikorsky CH-53 heavy transport. The types are frequently operated in partnership while performing civilian rescue and evacuation missions.