The manufacturer says it conducted more than 50 flights in the city of Astrakhan, near the Caspian Sea and confirmed the 15.6t rotorcraft's capability to operate in temperatures up to 45°C (113°F).

High-altitude trials were completed at Elbrus, a peak in the Caucasus mountains. Russian Helicopters says the effort demonstrated the Mi-38's ability to operate at altitudes of up to 9,800ft.

A further 50 flights were conducted during which "the possibility of [instrument flight rules] piloting and navigation was evaluated".

Results of the trials were submitted to Russia's federal air transport agency, Rosaviatsia, to make additions to helicopter's type certificate, the manufacturer notes. 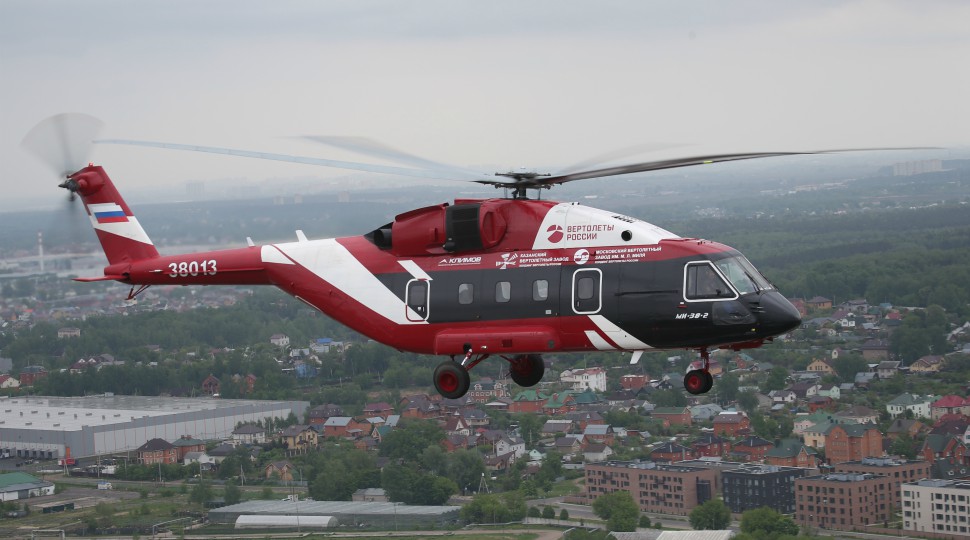 Director general Andrey Boginsky states: "We are planning to test a new surveillance system and certify new, hardened main rotor blades in the near future."

The new rotor blades will also be employed on the Mi-171A2.

Designed for passenger and cargo transport, the Mi-38 is powered by a pair of Klimov TV7-117V engines.

In April, Boginsky told FlightGlobal that the first two Mi-38s will be delivered to Russia's defence ministry this year, and that the next two helicopters will be handed over during the first-half of 2020 to a "special flight team of the Russian Federation" in civilian configuration.