Lockheed Martin says it has made notable progress on the F-35 Joint Strike Fighter programme in 2013, and insists the aircraft’s price will be less than earlier-generation combat aircraft in the coming years.

Martin, who was referring to the US Air Force's F-35A version of the jet, says efforts to reduce costs should bring the price of the aircraft down to about $85 million by 2019, including engines and full mission systems. That amount would equal $75 million in today's dollars, she adds. 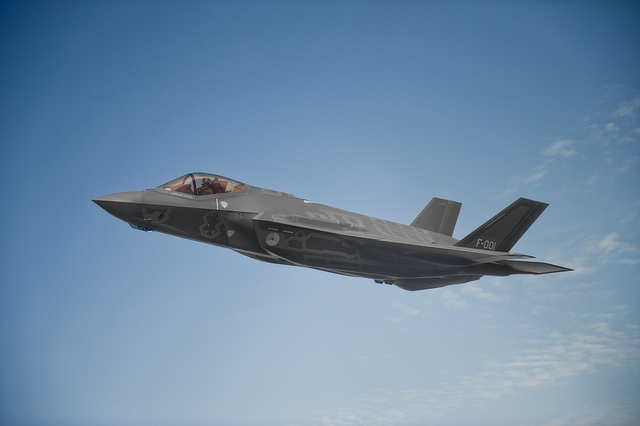 Martin made her comments to reporters on 13 December, the same day the company hosted an event in Fort Worth, Texas, to mark production of the 100th F-35.

At the event, which drew several hundred attendees, Lockheed executives insisted the F-35 programme is back on track.

“The F-35 is real, it is here and it is flying,” Orlando Carvalho, Lockheed’s executive vice president of Aeronautics, says.

Martin says F-35s currently cost "under $100 million", and that the price should decline as the US government orders additional aircraft.

“Quantity absolutely matters right now in this programme,” she says. “If [the number of orders] doesn’t increase, that will dampen out our ability to get costs out.”

In 2013 Lockheed submitted a proposal to the US government for an eighth round of low-rate initial production, and the company expects an agreement by early spring 2014, says Martin.

But even at $85 million, its not clear whether the F-35 would beat competing fighters on price.

On 9 December, Michael Gibbons, Boeing’s vice president and programme manager of the F/A-18E/F Super Hornet and E/A-18G Growler, told reporters that Super Hornets currently cost $51-52 million, including engines and weapons systems. Although US Navy orders for F/A-18s currently run only through the current fiscal year 2014, Boeing says it expects additional orders, and the service has said it is keeping open the option to purchase more of the fighters.

Martin and others say Lockheed has made substantial progress on the F-35 in 2013.

“This [year] has really been about maturing the aircraft, and our ability to stand-up operations in the US,” she says. “You can really feel the momentum building on every single dimension of the programme.”

For example, the company is “on path” to deliver its target of 36 aircraft in 2013, with 29 already having been delivered and another four ready to leave the Fort Worth factory, Martin says. 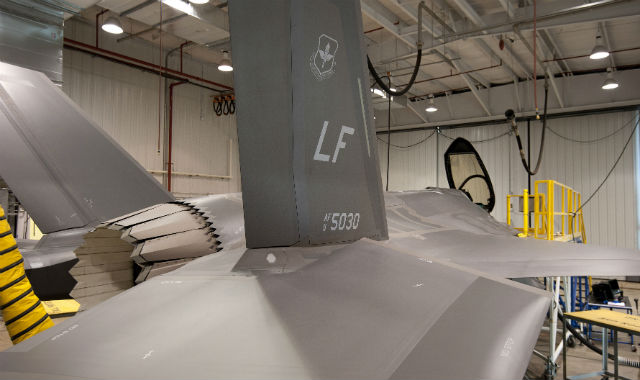 The 100th aircraft will be delivered to Luke AFB in Arizona, where the USA and partner militaries will conduct flight training. According to Lockheed, the first 100 aircraft delivered are split between 44 conventional take-off and landing F-35As, 42 short take-off and vertical landing F-35Bs and 14 carrier variant F-35Cs.

Also in the 12 months, Lockheed helped to train 92 F-35 pilots and 944 aircraft maintainers, and opened a final assembly and checkout facility at Cameri air base near Novara, Italy, Martin says.

“The milestones we have set for ourselves over the last three years we are meeting,” she adds.

In 2014, Lockheed says it expects to deliver the first aircraft to partner country Australia. Also next year, the company intends to conduct shipboard testing of the USN’s F-35C version of the aircraft and deliver the first F-35B to the US Marine Corps' Beaufort site in South Carolina.

The USMC expects to reach initial operational capability (IOC) with 10 to 16 F-35Bs by December 2015, while the US Air Force plans to reach the same status with between 12 and 24 F-35As by December 2016, according to a US military report to congressional defence committees in June 2013. The USN expects to be the last service to reach IOC, with a target of no later than February 2019 with 10 F-35Cs.