The US Defense Advanced Research Projects Agency (DARPA) is seeking information from industry on existing technologies that would facilitate the deployment of small unmanned air vehicles from large manned aircraft.

DARPA envisages “aircraft carriers in the sky” that will be able to launch and recover small UAVs from existing large manned aircraft such as the Lockheed Martin C-130 Hercules, an agency statement released on 8 November states.

“DARPA is interested in exploring the feasibility of small UAS airborne launch and recovery approaches for providing distributed airborne capabilities from existing air platforms,” a request for information released on 7 November states.“The agency envisions a large aircraft that, with minimal modification, could launch and recover multiple small unmanned systems from a stand-off distance.” 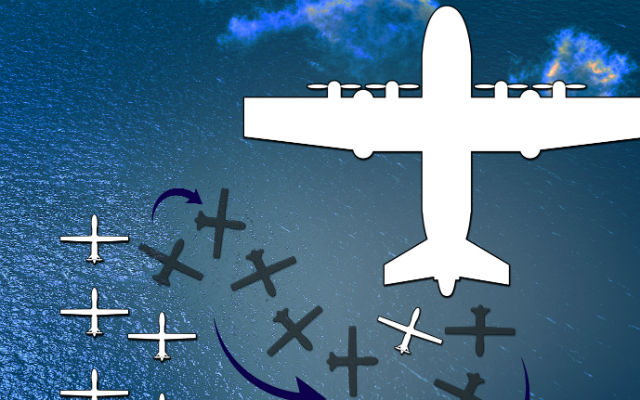 Military air operations traditionally utilise large, manned aircraft, but these operations put assets and pilots at risk, DARPA notes. UAVs can counter these risks, but fly lower and are limited by their range and endurance.

“These complementary traits suggest potential benefits in a blended approach– one in which larger aircraft would carry, launch and recover multiple small UAS,” it says.“Such an approach could greatly extend the range of UAS operations, enhance overall safety and cost-effectively enable groundbreaking capabilities for intelligence, surveillance and reconnaissance and other missions.”

DARPA is seeking technical, security and business insight addressing the feasibility and potential value of the proposal, with responses to be submitted by 26 November.

The agency is proposing to work towards achieving full-system flight demonstrations within four years. “DARPA is interested not only in what system functionality such plans could reasonably achieve within that timeframe, but also how to best demonstrate this functionality to potential users and transition partners,” it says.The agency is particularly interested in receiving information from “non-traditional contributors” to help develop next-generation technologies, plus others that could potentially improve the survivability and effectiveness of future manned and unmanned systems.

“DARPA hopes to leverage significant investments in the area of precision relative navigation, which seeks to enable extremely co-ordinated flight activities among aircraft, as well as recent and ongoing development of small payloads" of 45kg (100lb) or less, it notes.