NASA’s progress toward a 2018 test flight of its massive Space Launch System rocket took a key step forward on 11 March with a ground rig firing of one of its solid boosters.

The 2min test at supplier Orbital ATK's Utah facility matched a booster's burn time in an actual launch and produced about 3.6 million lb (16,020kN) of thrust. It will be followed by a liquid stage test firing in May or June and a second solid booster test in early 2016.

The uncrewed 2018 test flight will be run in the SLS’s basic, 70t configuration and carry the Lockheed Martin-built Orion crew capsule, which had its first outing – a 4h, two-orbit shakedown – in December 2014 atop a Delta IV Heavy rocket. A second test flight will follow, with the first crewed flight for Orion-SLS coming as early as 2021.

The system is designed to be expanded to a lift capability as great as 130t and carry as many as six astronauts to low-Earth orbit, or four to deep-space destinations. NASA’s broad plan calls for capturing an asteroid in the early 2020s and bringing it to a stable position at an Earth-Moon Lagrange point, where Orion-SLS would make it accessible for study by astronauts.

The Orion-SLS system is also envisioned as the backbone of a crewed mission to Mars, possibly in the mid-2030s. 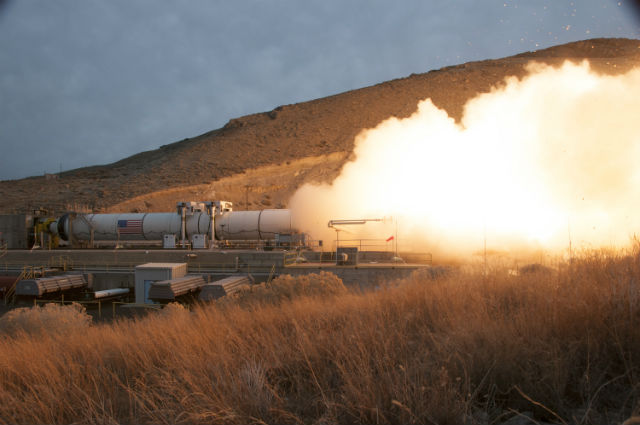 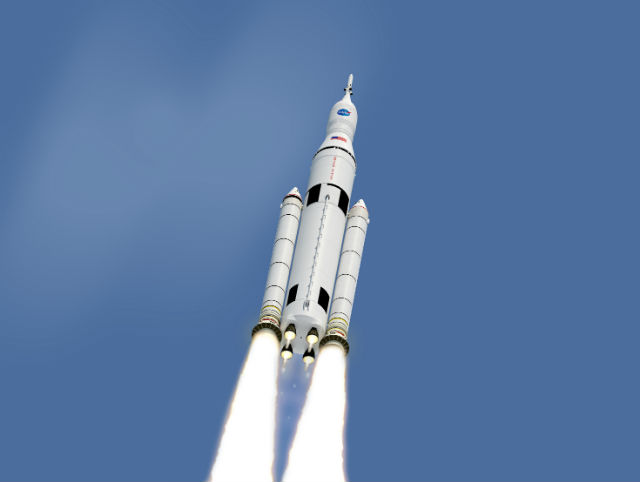 SLS boosters will burn for 2min at launch