NASA has unveiled the second of as many as five new X-plane demonstrators with the X-57 Maxwell focused on electrical propulsion for a general aviation-class aircraft.

Named in honour of the founder of electromagnetic theory James Maxwell, NASA is re-winging and re-engining a Tecnam P2006T with a high-aspect wing supporting a 14-motor electric propulsion system, NASA administrator Charles Bolden announced at the Aviation 2016 conference.

Twelve of the motors — or six on each wing — will be used to generate thrust during take-off and landing, according to NASA. Two larger, wingtip-mounted motors will provide thrust during cruise flight. Batteries will drive the distributed electric motors. 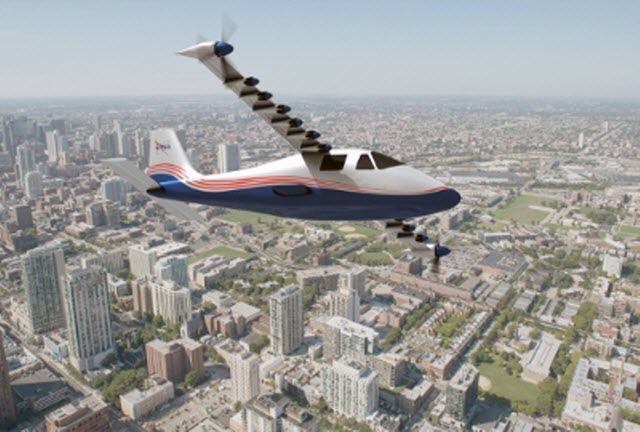 NASA’s goal is to demonstrate a general aviation aircraft with a top speed of about 150kt (281km/h), with a 500% reduction in energy.

The X-57 is the first of several new X-plane projects launched under the agency’s newly-opened Transformative Aeronautics Programme's Convergent Aeronautics Solutions project. In the last 30 years, the agency had moved away from sponsoring manned X-planes that had once been its hallmark, including the Grumman X-29 forward swept wing fighter, the rocket-powered Bell X-15 stratospheric demonstrator and the Bell X-1 supersonic trailblazer.

"With the return of piloted X-planes to NASA's research capabilities - which is a key part of our 10-year-long New Aviation Horizons initiative - the general aviation-sized X-57 will take the first step in opening a new era of aviation," Bolden says.

NASA is also developing X-plane concepts based on a hybrid wing body design, a truss-braced wing and a supersonic acoustic demonstrator designed by Lockheed Martin.