Airports body ACI Europe has welcomed the European Commission’s decision to set a 50% slot usage threshold for the upcoming Winter 2021 season, in stark contrast to the condemnation of the move from airlines body IATA.

Describing the 50% threshold as “pragmatic and proportionate” – compared with IATA’s insistence that it was ”out of touch with reality” – ACI Europe director general Olivier Jankovec suggests that a higher threshold might have been viable and that he expects the level to increase for the summer 2022 season, before a return to the 80:20 usage rule in Winter 2022.

“The aviation sector, having been brought to its knees by the pandemic, can and must now embrace and build upon the green shoots of recovery,” says Jankovec. “And whilst a return to 2019 passenger levels remains a distant vision, our ‘new normal’ does increasingly come with growing levels of stability, thanks to vaccination, certification and testing protocols.

“This means that a gradual return to slot usage rules, following much needed temporary relief in a time of crisis, is now appropriate.” 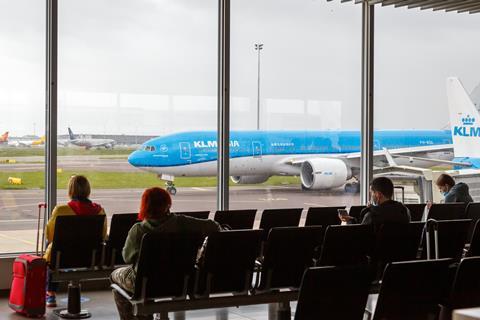 Jankovec’s positive response follows a markedly negative one from IATA.

“The result of these changes will be to restrict the ability of airlines to operate with the agility needed to respond to unpredictable and rapidly changing demand, leading to environmentally wasteful and unnecessary flights,” the airline association said on 23 July.

It believes that the intra-Europe recovery does not justify the 50% threshold, despite that level being in place for the current summer season in the EU. The organisation estimates that international travel will only reach 34% of pre-crisis levels by the end of 2021, and its director general Willie Walsh has previously suggested that a 30% winter threshold would be more appropriate.

The last time the threshold for an approaching winter season was being discussed in 2020, European airline and airport bodies issued a joint plea for a waiver to be kept in place. The waiver of the 80:20 rule for that winter season did not stipulate a different threshold, instead allowing airlines to hold on to slots by meeting a set of conditions around notification of non-usage. The EU then adopted a 50:50 ‘use it or lose it’ rule for the current summer season.

No longer a part of the EU, the UK continued a full slot waiver into the current summer season. A government paper from June this year suggests, however, that it is considering adopting the same 50:50 threshold proposed by the EU for winter 2021.

Slots to talk about

Given the complexities of the issue, it is rare for airlines and airports to have a single voice on slot rules.

Airlines are keen to hold on to what are often expensive assets that give them network-planning certainty at around 100 slot-constrained airports in Europe. As the Covid-19 crisis continues, they argue that its devastating impact means the 80:20 ‘use it of lose’ rule is unworkable, with a much lower threshold being appropriate.

But airports often express concern that airlines have too much power on the issue.

In being allowed to hold on to slots despite low usage – while essentially maintaining the pre-crisis status quo, whatever the potential competitive impact of the upheaval created by the crisis – airlines limit the opportunities for competition at airports, while leaving the latter at the mercy of what some industry observers believe are unnecessarily opaque rules.

Indeed, on the eve of the pandemic, ACI Europe issued a set of recommendations, calling for a fundamental reform of the way airport slots are allocated. Among its demands, the report asked for more transparency around the awarding of slots and for greater consideration to be given to aiports’ strategic aims during the process.

“Under the current rules, airports have no say in the way in which the very infrastructure they are creating and investing in is being used by airlines,” Jankovec said at the time.