With its KC-390 making its debut at Le Bourget in the static and flying displays, Embraer is seeking new sales for its multimission tanker/transport beyond launch customer Brazil, and has also expanded its potential roles to include maritime patrol and search and rescue.

After Paris, the KC-390 will embark on an extensive sales tour, during which it will visit potential operators in North Africa, the Middle East and Southeast Asia, although the only nation on the itinerary that it will explicitly confirm is New Zealand, where the twinjet will visit the main air force bases at Whenuapai and Ohakea in mid-July. 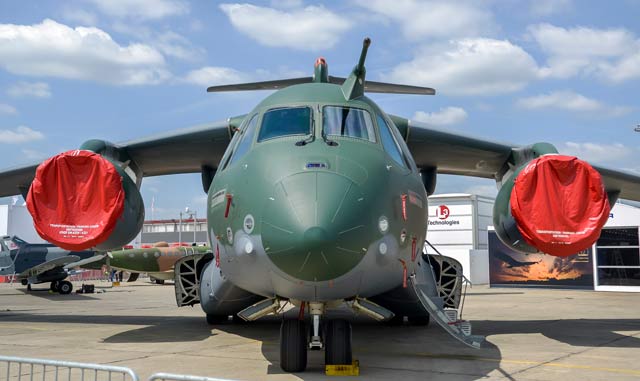 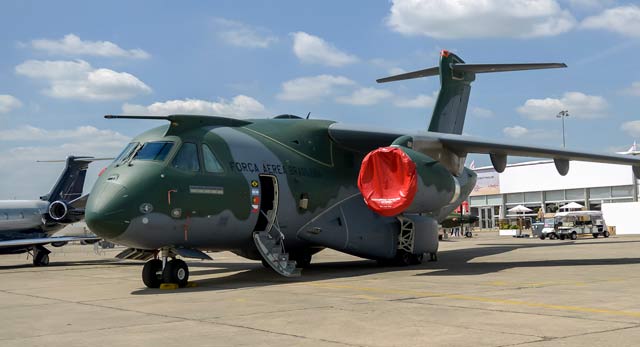 No mission equipment has been selected for a notional maritime patrol variant and Schneider says it has not discussed co-operation with Saab, which is already integrating its Swordfish mission system on a number of platforms. "Each customer will have his own preferences," says Schneider.

In the SAR role, the KC-390 has around 9h endurance with a normal fuel load, or 12h when fitted with 4,000kg auxiliary cabin fuel tanks. An externally mounted Rafael EO/IR pod will be standard on KC-390s in the Brazilian air force service, aiding SAR missions.

A bubble window can be fitted in place of the existing flat window on the port-side rear fuselage for improved visual search. The cockpit has a position for a sensor or air refuelling operator behind the starboard pilot’s seat.

All the systems for SAR are already developed, says Schneider, but other capabilities, such as maritime patrol, could be added with minimal effort.

A tanker/transport KC-390 could be delivered to a new customer in 2019, but a maritime patrol aircraft would take longer. New Zealand has allowed enough time for a careful selection process to meet the P-3K2 Orion’s planned out-of-service date in the 2023-25 timeframe.

Embraer's concept for the KC-390 is that it can be easily converted between roles, allowing more missions with fewer aircraft. Combined with lower maintenance costs and lower lifecycle costs, the KC-390 offers "the best approach for taxpayers", says Schneider.

Brazil is due to take delivery of its first of 28 ordered examples in 2018.