Airbus Defence and Space has released an image of the Malaysian air force’s first A400M tactical transport, and says the aircraft will be delivered in the first quarter of 2015.

The wing, tail plane, cockpit, fuselage and landing-gear have been joined in Seville, Spain and are ready for ground-testing, says Airbus in a statement.

Delivery in the first quarter of 2015 should allow the aircraft to attend Malaysia’s biennial Langkawi International Maritime & Aerospace Exhibition that runs from 17-21 March.

Malaysian pilots are in Europe training to operate the type. They will be joined by maintenance engineers and technicians in the coming weeks, says Airbus.

Malaysia, the only Asia Pacific customer for the A400M, has four examples on order. Airbus says it will receive three aicraft in 2015, and the final one in 2016. 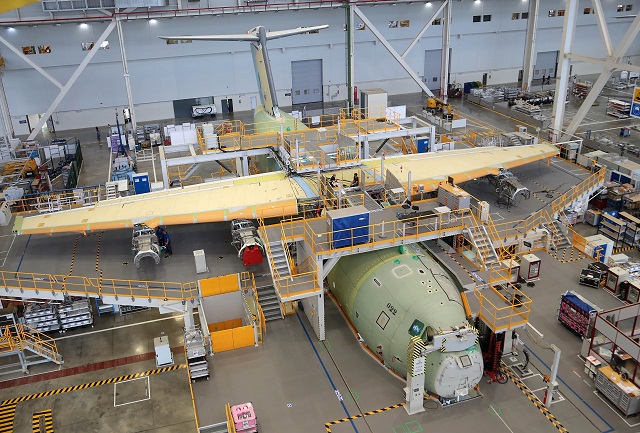