Qantas has unveiled the new premium economy seat that will be fitted on its Boeing 787-9s, which it says offers more recline and width over its current product.

The Oneworld carrier says that the seat is based on a Thompson Aero Seating prototype, and was “heavily customised” by Australian designer David Caon, who worked on the refurbishment of its 737s and 717s.

On the 787s, the premium economy cabin will feature 28 of the new seats in a two-three-two cross-section with a 38in pitch. 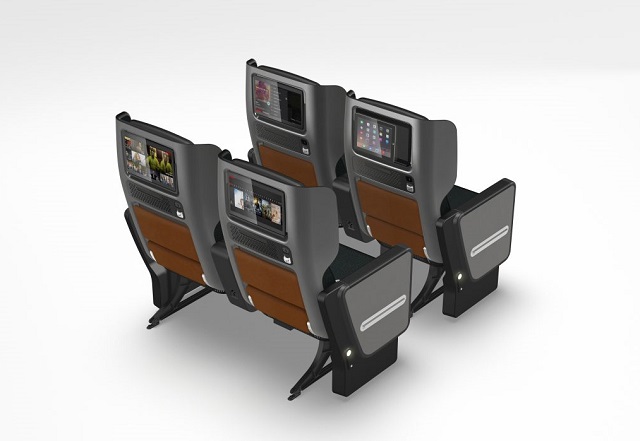 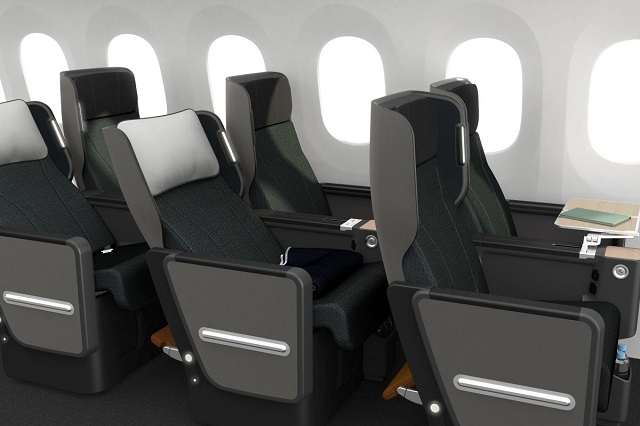 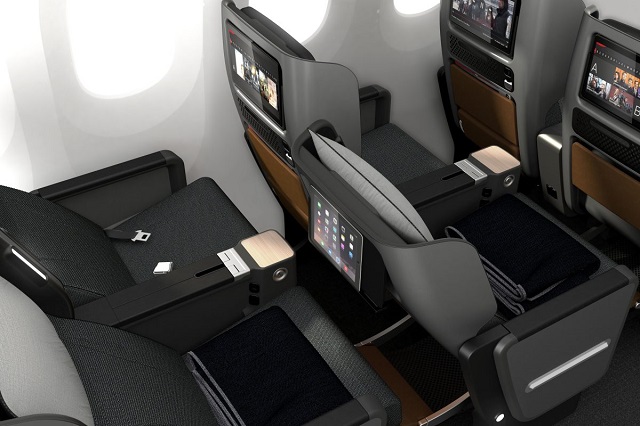 Compared to the Recaro seats on its A380s and 747-400s, Qantas says that the new seats are 10% wider at 28in, offer more recline and feature a new style leg rest that allows passengers to be fully supported when in recline.

“The Qantas Dreamliner will by flying some of the longest routes in the world, including non-stop from Perth to London, so we’ve focused on making each cabin the most comfortable in its class,” says chief executive Alan Joyce.

Qantas will take delivery of its first 236-seat 787-9 in October, and has eight on order. They will fly on Melbourne-Los Angeles route from 15 December, and launch non-stop Perth-London flights from March 2018.

As for the A380 and 747s, Qantas says that it will “assess updating existing premium economy cabins in-line with its fleet planning and product cycles.”