A Chinese frigtate has been photographed operating a small unmanned helicopter that appears to be the Schiebel Camcopter S-100.

Earlier this week, the Japanese Maritime Self Defense Force (JMSDF) released images of the unmanned air vehicle (UAV) and a Chinese Type 054A missile frigate taken by a surveillance aircraft.

An industry source familiar with China's UAV sector says it is "common knowledge" in the industry that China obtained 18 of the Austrian-built UAVs two years ago.

"This is just a Schiebel UAV helicopter," he says, referring to the images. "China purchased 18 of these two years ago. It is the only UAV helicopter this size that is capable of taking off and landing aboard a ship." 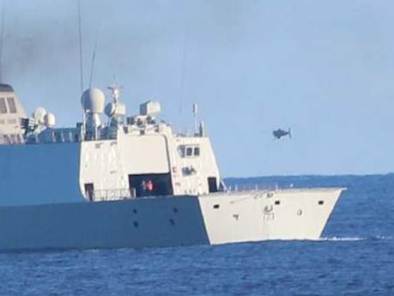 When contacted by Flightglobal, a Schiebel representative would neither confirm or deny a Chinese Camcopter deal. He would only say that it is company policy not to comment on individual sales.

The Chinese version of the company's Camcopter brochure shows the S-100 operating from the fantail of a warship. The S-100 has also been successfully flown from warships operated by European navies.

The UAV in the JMSDF photographs closely resembles the Camcopter. The landing struts appear to be slightly forward of the mid-fuselage sensor turret. The layout of the vertical stabiliser structure relative to the tail boom is also similar. Another photo appears to show a Camcopter sitting on the frigate's fantail.

Moreover, the UAV's layout does not resemble other helicopter UAVs known to exist in China, such as the YOTAIS X200, AVIC U8E, or the Sunward Tech Star-lite SVU200.

This the second time Japan's military has produced photos of helicopter UAVs near Chinese warships. In June 2011, it released grainy photos of a UAV (also resembling the S-100) flying near a Chinese warship, although it was not readily apparent that the aircraft was deployed from the ship.

It is unclear whether the Chinese navy routinely deploys unmanned helicopters from its warships, or is simply testing procedures and tactics for such systems. 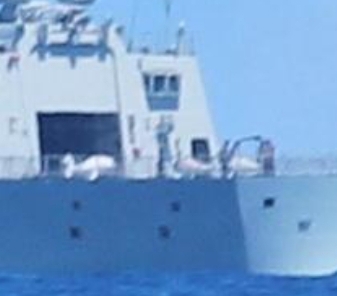