Mitsubishi has disclosed that the MRJ90 it brought to the Farnborough air show for flight demonstrations has sustained damage to its radome.

The airframer said the incident occurred on 16 July, after the debut flight demonstration of FTA-3 (JA23MJ), as the aircraft was being pushed back to the static line.

Alex Bellamy, chief development officer and head of the programme management division for Mitsubishi Aircraft, tells FlightGlobal that the damage was caused by the local ground-handling company, and that flight demonstrations scheduled for 17 July will be suspended. 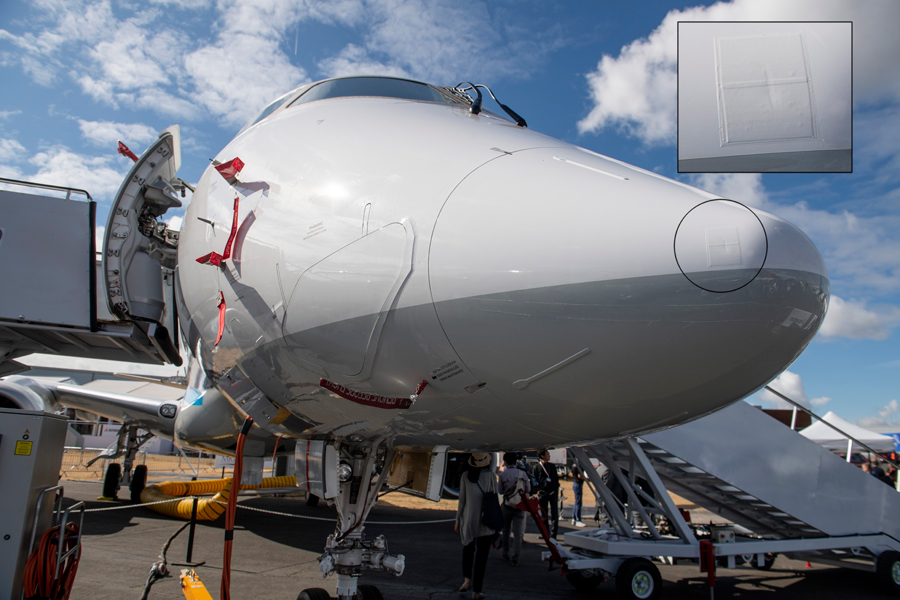 There were no injuries in the incident.

"One of the ground-handling vehicles struck the radome of our aircraft after landing. There was a lot of repositioning of the aircraft," says Bellamy. "There was a significant impact to the radome... There was a penetration through the radome, almost like a crack in the radome. There were witness marks of the paint from the vehicle on the radome itself."

The Japanese airframer is in the process of deciding whether to pull a replacement radome for FTA-3 from a test aircraft based in Nagoya or at Moses Lake in the US state of Washington.

Future flight testing of the MRJ is "not affected at all", says Mitsubishi.