RETROSPECTIVE: How the press missed the Comet’s maiden flight

It’s an extraordinary fact that the maiden flight 70 years ago this month of the pioneering de Havilland Comet was an event missed by the British aviation press, because they’d all headed back to their London offices.

The DH106 Comet, which would go on to usher in the jet age in May 1952 with BOAC, had been developed under a cloak of secrecy by de Havilland at Hatfield, from where it took to the sky for the first time on 27 July 1949.

The sleek four-engined machine was unveiled to the press on the day it subsequently took to the air, but the writers were all on their way back down the A1 to London by the time the aircraft finally flew. During the day of the press call, the Comet prototype had been seen (and heard) making test runs down Hatfield’s runway.

Flight reported in its 4 August 1949 issue: “After making two or three circles at the runway intersection to demonstrate the tractable ground handling qualities, all four engines were opened up to take-off rpm (10,250), with the aircraft held by its brakes against the 20,000lb thrust. 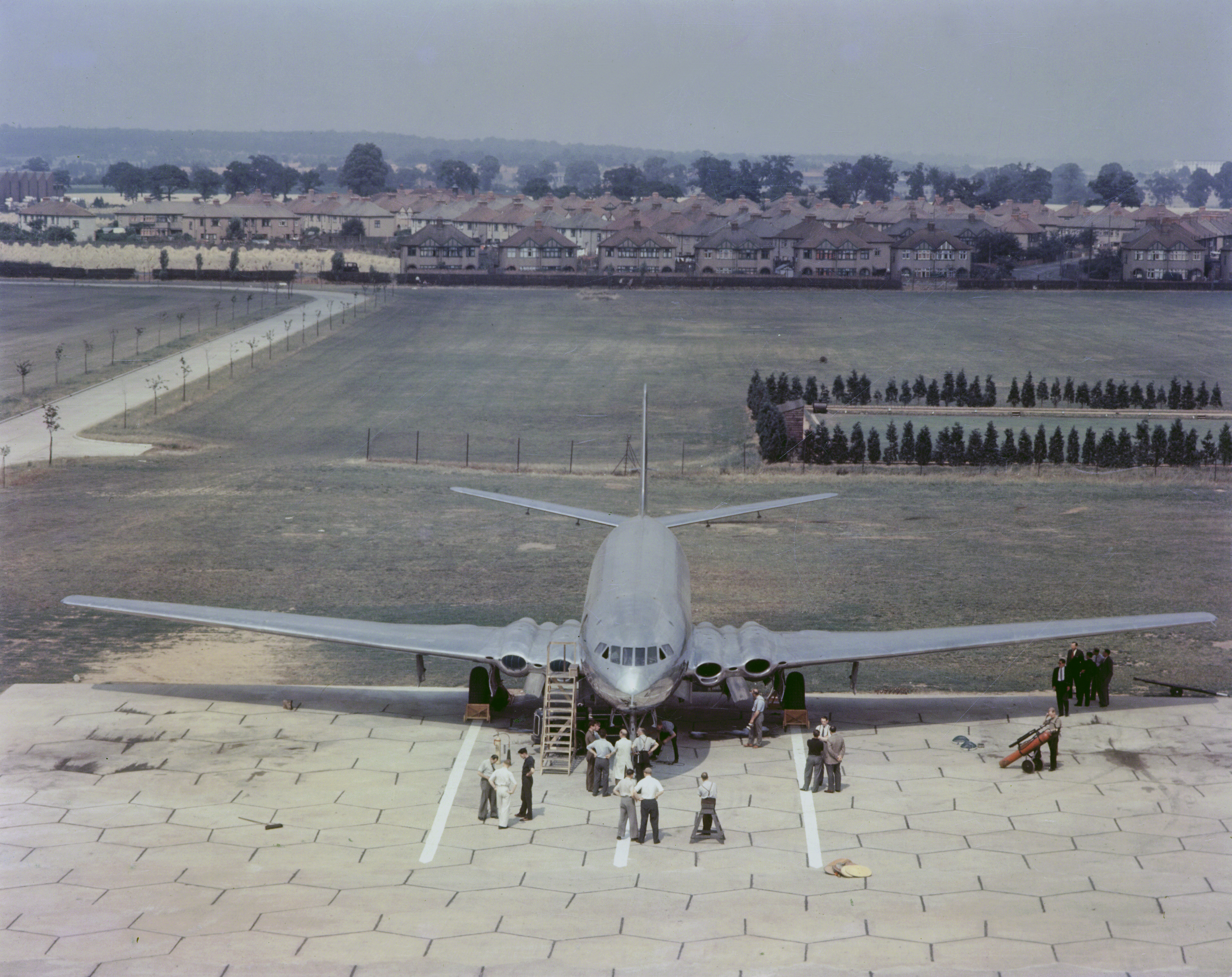 “The high-pitched shriek which characterizes the Goblin was noticeable also in the larger Ghost, and although the aircraft stood there as steady as a rock, the 200-yard plumes of runway dust stretching behind the aircraft added emphasis to the noise in indicating the enormous power output.”

But by the time de Havilland chief test pilot John Cunningham decided he and his silver aircraft were ready to fly, DH press officer Martin Sharp had sent the press home. In his coverage of the first flight, Flight’s editor made no attempt to hide the fact he'd missed the big occasion, entitling the report "Comet In The Sky – Surprise Maiden Flight of Britain's Most Advanced Air Liner".

Editor Maurice Smith wrote: “There had been no previous intention of making the maiden flight on Wednesday. After the visitors had departed the aircraft was again brought out for continuance of the taxying trials, and at about 6.15 Cunningham made a flaps-down hop. Everything worked perfectly, so he decided to make the flight.”

Flight reported that after take-off Cunningham “took the aircraft up in a steady climb to 8,000ft, thence carrying out some general handling trials, including tentative explorations of the low-speed characteristics. He then brought the beautiful new aircraft down for a low-level run along the runway to sweep into a quite steep turn into the landing circuit.

“His landing was, as usual, exemplary, and the Comet had been airborne for 31 minutes.” 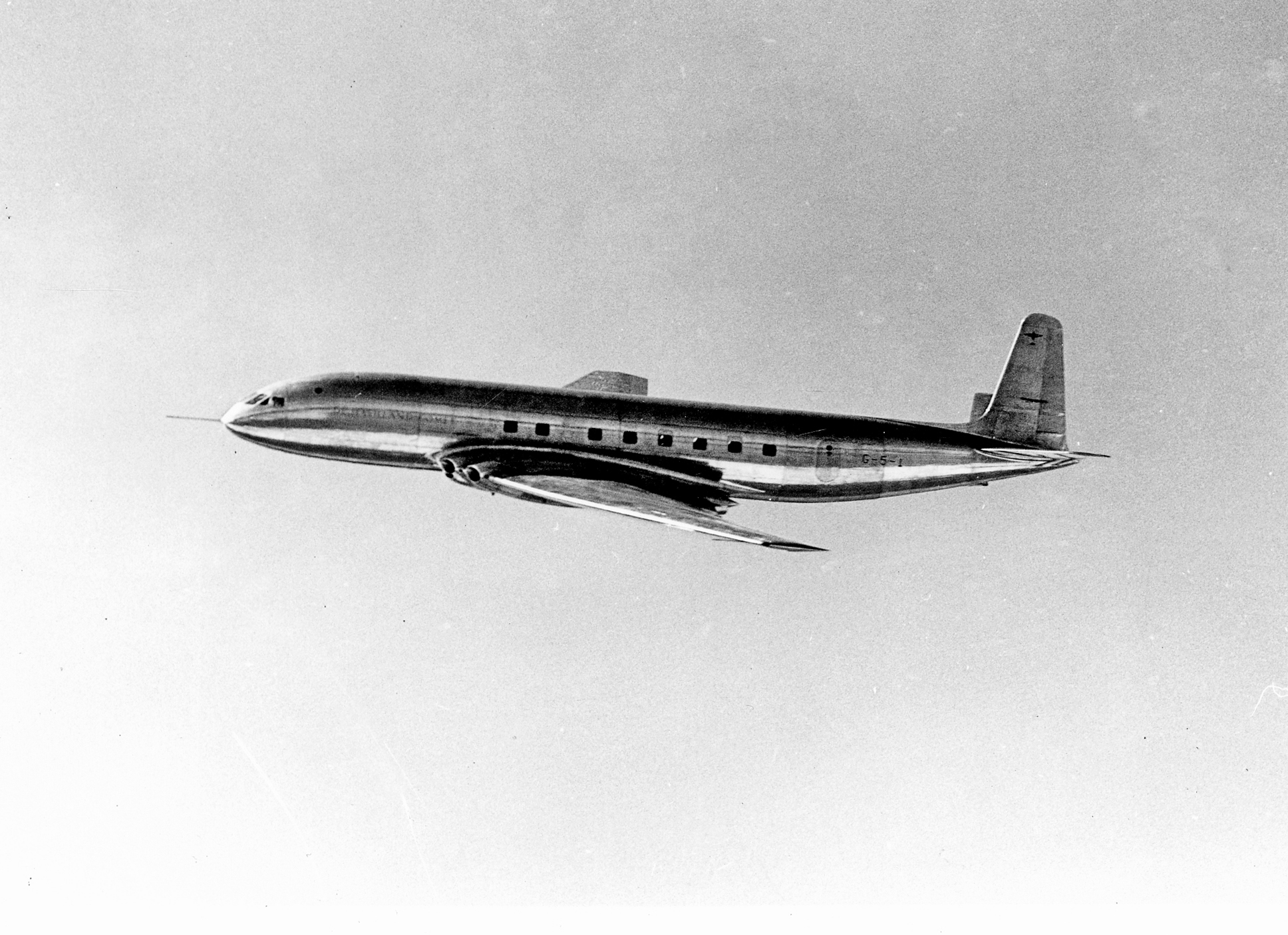 Cunningham had been joined on that historic first flight of the world’s first jet airliner design by a crew of four, comprising co-pilot John Wilson, and engineers and observers Frank Reynolds, Tony Fairbrother and Harold Waters.

One point not missed by Flight was the noise created by the Comet’s de Havilland Ghost turbojets, and the issue was raised with the jet engine’s designer Sir Frank Whittle, who was present at the Hatfield unveiling. He stated that "virtually no attention has as yet been paid to the problems of noise suppression in gas turbines, but that this would, undoubtedly, come about in the near future and would not, he thought, occasion any great difficulty”.

Flight was full of praise for de Havilland’s feat in completing the first Comet within three years of deciding to progress with the design: “This is a very creditable achievement and will come as a surprise to many who did not expect to see the Comet emerge until the end of the year.”

The leading article described how the Comet’s eagerly-awaited debut “has made this week one of the most important of the aviation year. Upon this very advanced turbojet airliner are pinned not only our hopes but also, to a considerable extent, the reputation of the industry and of British airline operators.

"It is within the capabilities of the D.H. 106 to place this country in the lead so far as modern long-range, high-speed transport is concerned, and to it, we believe, will be accorded the honour of becoming the first jet-propelled passenger transport to operate on the world air routes.”

Our first flight report concluded with the statement “it is envisaged that the Comet will be in commission on B.O.A.C. trunk routes in 1952”. Given the appalling timekeeping achieved by today’s airliner programmes, it’s remarkable to consider that this projected in-service date was easily attained by de Havilland’s engineering team.

Sadly, the era of the original Comet was to be a short one. The type was grounded in April 1954 when its certificate of airworthiness was withdrawn following a series of in-flight break-ups that were later attributed to metal fatigue. De Havilland and the Comet had already made their mark with a key step in the evolution of air transport, but it would be the US manufacturers – particularly Boeing – that would own the skies for the first part of the jet era. 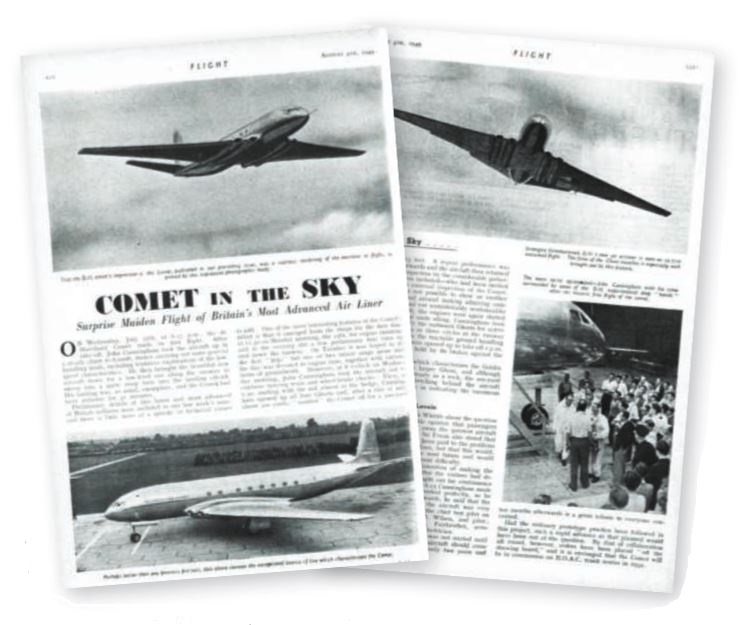 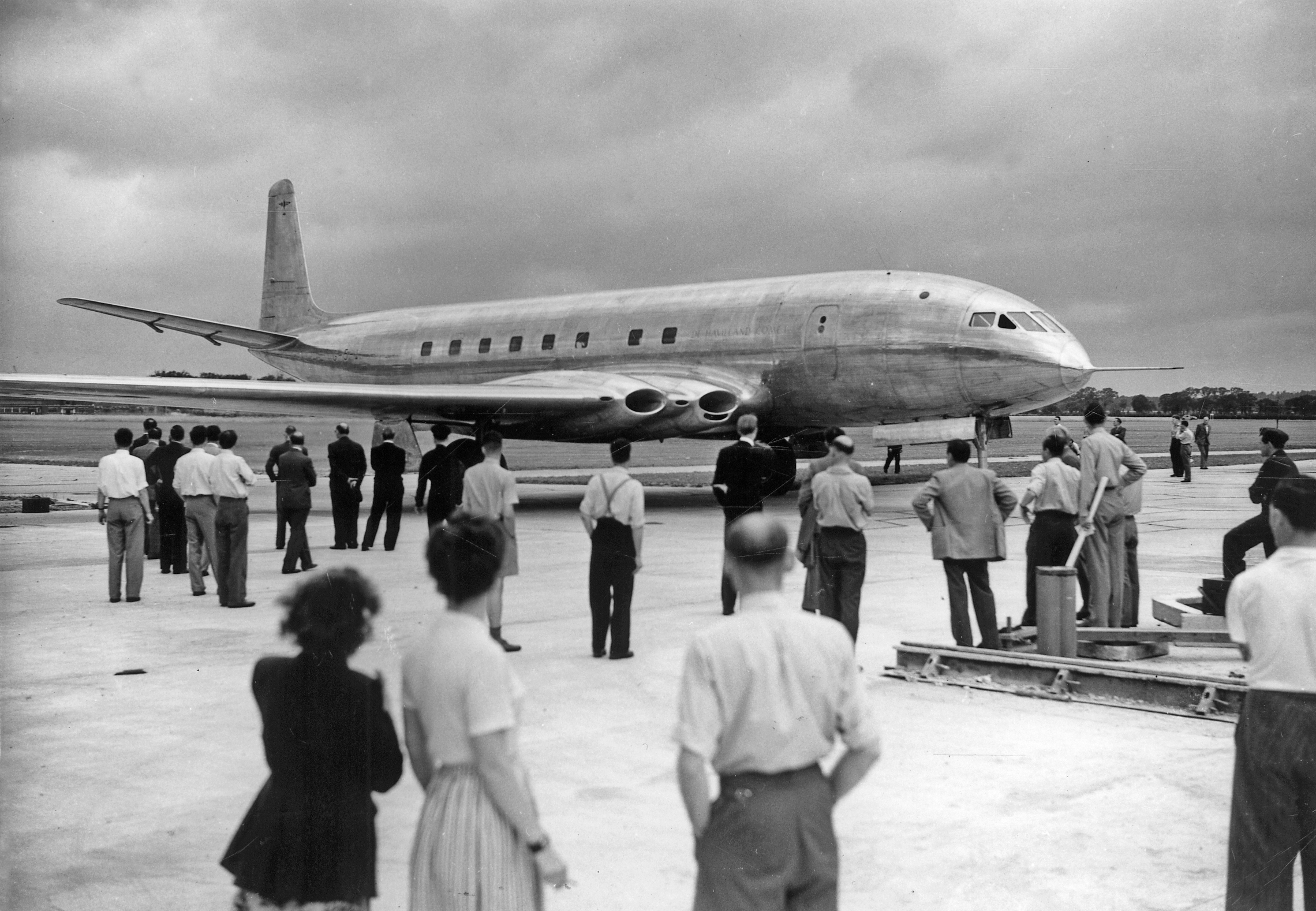