RETROSPECTIVE: When Concorde and 747 went head-to-head

By all accounts, the 1969 Paris Air Show was quite a memorable affair. The event, which was celebrating its Diamond Jubilee, was the venue where the two transatlantic airliner rivals – Concorde and the Boeing 747 – “rubbed shoulders” for the first time.

The show also played host to the signing of a Franco-German accord that would lead to the formal creation of Airbus Industrie and its first product, the A300B. And to cap it all, with the 1969 “Salon” occurring on the eve of the Apollo 11 Moon mission, the “scorched” Apollo 8 command module was on display accompanied by Apollo 9 astronauts James McDivitt, David Scott and Russell Schweickart. 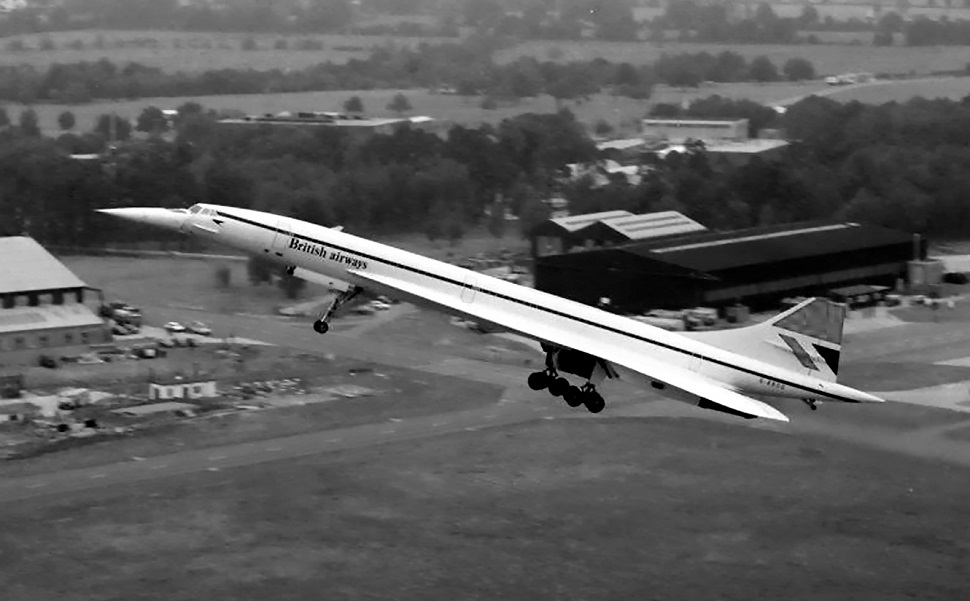 Not to be outdone by the Jumbo’s debut, Sud Aviation and BAC flew both Concorde prototypes at Le Bourget simultaneously on the final day. And the French-built Concorde 001 completed a ceremonial flypast across Paris, last along the Champs Elysees, before landing at Le Bourget ahead of the show.

FIRST IN THE AIR

As the aviation world descended on Le Bourget, both aircraft types had been in their flight-test programmes for a few short months. The 747 had just beaten Concorde into the air, making its first flight on 9 February. The Anglo-French supersonic transport followed on 2 March with the maiden flight of the French prototype 001 from Toulouse. The UK prototype, 002, joined the programme on 9 April.

There was much anticipation ahead of the event for the showdown between the two airliner designs that, although extremely different in concept, were expected to vie for the transatlantic market in the 1970s. In fact there were last-minute doubts about the 747’s appearance, with Flight International reporting in its pre-show edition: “Problems with the P&W JT9Ds had necessitated engine changes in all four 747s, and it was not certain whether an aircraft could be cleared in time for what would be the first long-distance trip away from Seattle.”

Flight described the “triumphant arrival” of Concorde 001 at the Salon: “Andre Turcat piloting her low over the Arc de Triomphe prior to a graceful presentation in the Le Bourget circuit… There, low passes downwind were followed by faster runs into wind and, finally, by a nice touchdown – more flared than has been seen before – and a run shortened by reversers, tail parachute and wheelbrakes.”

In an article headlined “The biggest exhibit”, the magazine described how the two machines “rubbed shoulders for the first time when the giant from Seattle met the slim beauty from Toulouse on the apron at Le Bourget”.

Flight added: “The 747 had just completed its first intercontinental journey – a 5,160-mile flight from Seattle in 9hr 8min – while Concorde had arrived in bright sunshine on opening day.”

Flight described how, amid pressure for Boeing to focus on the 747’s flight-test programme and not be distracted by a transatlantic appearance at Paris, “the Department of Commerce in Washington got its way in the end, over the heads of the manufacturers and the airlines, and all was made ready for the flight to Paris”.

It was the fourth 747 (N731PA) that completed the journey, which was fully furnished, featuring a 382-seat, mixed-class layout. Unlike Concorde, the Jumbo did not fly in the display.

“But, referring to the last-mentioned, Don Knutsom jokingly remarked, ‘we didn't really need him’,” reported Flight. “A significant feature of the trip was the total reliance for 80% of the flight on the three AC Carousel inertial navigation systems, which functioned ‘near perfectly’. They were the sole navigation reference for the 4,000 miles or so from Edmonton to Prestwick.”

While Concorde was the epitome of European collaboration at the 1969 show, Flight reported on another partnership that sowed its seeds at Le Bourget that year: “There is evidence of one new European aircraft which promises to constitute the largest and most complex military programme ever undertaken by nations working in collaboration; and history will record that the existence of MRCA – the multi-role combat aircraft – made its first public impact at Paris ‘69.”

Flight went on: “During the show the Panavia board held a press conference to introduce the new project. The conference was introduced by Mr Allen Greenwood of BAC (Panavia chairman for the first year), who remarked that, if nothing else, the month-old organisation had at least decided to adopt English as the common language.”

To end the show, Sud Aviation and BAC put on a special display during the public days amid the Salon’s 60th anniversary celebrations. Concordes 001 and 002 took to the air together, “preceded by magnificent replicas of the 1909 cross-Channel Bleriot and the 1919 transatlantic Vickers Vimy”.

In our report on that 1969 show, Flight captioned an image of the departing 747 flying over Concorde: “Boeing 747 heads for home, hard work and, hopefully, commercial service before Christmas. The Concorde still has long years of development ahead”.

Those words were somewhat prophetic, as in December 1969 the 747 was certificated and delivered to Pan Am, with the airline inaugurating services the following month. Concorde did indeed have “long years” ahead, with the SST finally entering service in January 1976 and a very different machine to the one exhibited at Paris. Appropriately, Concorde 001, which made that “triumphant arrival” in 1969, is on display at the Musée de l'Air et de l'Espace here at Le Bourget.