IATA is ramping up its efforts to combat incidents of rogue shipments of lithium batteries. 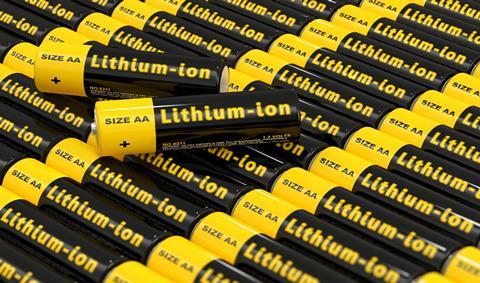 This was resulting in companies unfamiliar with dangerous goods regulations shipping the batteries and also an increase in unsafe and counterfeit products being transported.

He gives the example of e-bikes: “You have industry that is used to selling bicycles - what do they know about dangerous goods regulations? Zero.”

In October, IATA launched a system that will allow real-time information about dangerous goods incidents to be reported and shared amongst airlines in order to identify and eradicate acts of deliberate or intentional concealment.

So far 20 airlines have signed up to the reporting system.

Brennan says: “We have had some high profile events where if other airlines had been made aware, then they could look at actions that they may see as appropriate in response - put in additional screening, more barriers, having closer focus on a particular shipper/freight forwarder, whatever it may be.

“At the moment, if a shipper is identified and an airline says ‘no we aren’t going to touch your cargo anymore’, they just go across the road and give it to someone else. That doesn’t improve safety.”

Brennan also calls for more involvement from consumer protection, customs and manufacturing standards agencies, pointing out that poor quality batteries have in the past caught fire and caused deaths when being charged in homes so they are more than just an air cargo issue.

IATA is also continuing to push for standards for fire containment covers and is trying to raise awareness of the issue.

Brennan concludes: “Governments have to step up and take severe action against individuals - throw them in jail.

“Sometimes it’s a mistake and they a fix the issue but there are others that know what they doing and keep doing it and those people should be put out of business and put in jail.”