Philippine Airlines did not file for Chapter 11 at the end of May as it had suggested to its lessors, but the carrier is still working towards a prearranged insolvency in the USA, three of its lessors tell Cirium.

Lessors were unsurprised that the airline did not file for bankruptcy protection by the end of May, having expected the soft deadline to slip. 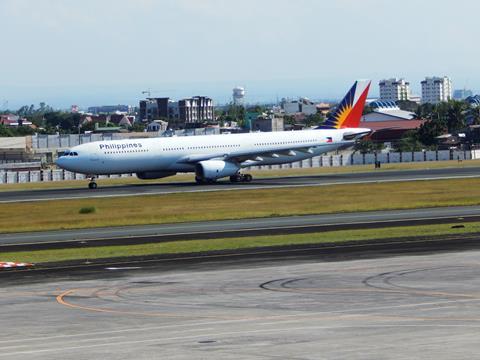 “They [have now] guided that it would be [in] June. It should be very soon, is what we are understanding. We are expecting it to be first half of the month,” says one of the three lessors.

According to that and a second lessor, the airline is targeting to raise debtor-in-possession (DIP) financing of $505 million. Cirium on 25 May reported a rounded figure of $500 million.

The second lessor adds that the $505 million would be broken down into $250 million of debt and $255 million of convertible debt.

The carrier is also seeking exit financing of about $150 million, the first and second lessor say, although the final figure is subject to change.

They add that PAL has indicated to lessors that most of the DIP financing has been earmarked as ready.

The second lessor says: “It’s just [about] waiting for the filing just to make sure that things are going the right way before they release the money.”

Neither lessor has been informed yet about the source of the financing, with the first lessor saying they had only been told the airline had “earmarked a lot of it”.

In recent public statements, PAL has emphasised that it is considering multiple options for its restructuring.

“As of the moment, there is no definite option that has been officially approved,” it says in a 12 May filing to the Philippine Stock Exchange (PSE).

Lessors say Chapter 11 is the option that has been given the most focus in discussions with PAL and its restructuring advisor Seabury Capital, although they agree that it is not certain that PAL will go down this route, given how many factors are at play.

“We’ve heard the only thing they are thinking of now is Chapter 11,” says the first lessor, noting that the airline had previously said it was considering restructuring under the Financial Rehabilitation and Insolvency Act (FRIA) in the Philippines.

“We were concerned about that because we thought that there was a risk they would be able to preserve the existing equity and go through and do what they wanted and reject leases, etc. through FRIA,” the person says.

“But I think they were ultimately concerned about it being relatively untested and how long it would take them to get through.”

The person adds: “Chapter 11 had a more universal application in terms of recognition and was more tried and tested, so ultimately Seabury pushed, I think, hard for them to go in the Chapter 11 direction.”

All lessors are now at the documentation stage ahead of the filing, Cirium understands.

“We’re in negotiations now on lock-up agreements that are in anticipation of a Chapter 11 filing,” the first lessor says. The second adds that “everybody is in some stage of documentation”.

Individual lessors will negotiate their own commercial terms, which are not part of the working group discussions, the first lessor and the third lessor, who is also part of the group, say.

Asked what the benefit of such a working group is, the first lessor says: “I just think it ensures some sort of standard or commonality of terms. You just know that if you were to agree this, you didn’t just go and get a [bad] deal, to be very frank,” with an expletive before “deal”.

“But at the end of the day, the commercial terms – the meat of it – you agree yourselves,” the person adds.

In April, PAL’s 86-year-old billionaire founder Lucio Tan was hospitalised with Covid-19, although his daughter Vivienne Tan said in a 17 April Instagram post that he was in a “stable condition, responding well, and recovering”.

“I was always concerned about key man risk with PAL because Lucio Tan is obviously so invested in the airline, and the storyline about him being hospitalised with Covid was worrying,” the first lessor says, raising the topic unprompted in an interview with Cirium.

“But it doesn’t seem to have changed the tack at all, which is good news – but it’s not like he’s a young man, so people want [the restructuring] to get done [as soon as possible].”

The second lessor says the airline has assured lessors and creditors that Tan is well.

“I haven’t personally gone on to inquire about [his] wellbeing, but I did hear the official [messaging] from the airline is [that] all is fine now,” the person says.

That person went on to express confidence that the company will continue with the restructuring as planned, regardless of Tan’s future ability to be involved with the business.

“Yes, of course he’s a significant person in the company, but the airline will still cooperate [with us lessors] no matter what,” the second lessor says.

“There might be a bit of uncertainty on investment, but whoever takes over, I imagine members of the family would still carry on with that and continue with what’s been planned for the airline.”

Relatives of Tan have been shuffled in and out of the company during the Covid-19 pandemic.

On 23 July 2020, PAL announced to the PSE that two of Lucio Tan Sr’s children, Vivienne Tan and Michael Tan, withdrew their consent to be nominated to the company’s board “for personal reasons”. Local newspaper The Philippine Star described the move as a “surprise exit” in an article the following day.

Not all lessors appear to be as worried about key person risk. The third lessor Cirium spoke with was unfazed by the reports of Tan Sr’s hospitalisation, expressing surprise that other lessors would be concerned about this.

PAL has had a Chapter 11 filing on the cards since at least the fourth quarter of 2020. Like many struggling airlines around the globe, PAL has been in talks with its lessors for months about restructuring leases.

The type of Chapter 11 filing PAL is aiming for is known as a prearranged insolvency, which is between a pre-pack and a freeform filing.

The airline and Seabury Capital have indicated to lessors that they hope to hold a townhall call soon, according to the three lessors, but the date and topic of that call has yet to be announced. The second lessor expects an update on the DIP financing at that meeting.

Lessors remain hopeful that all the hard work leading up to PAL’s restructuring can come to fruition soon, but previous setbacks and the uncertain Covid-19 situation in the Philippines have resigned them to the potential for further delay.

“Look,” says the first lessor, “hopefully I’m not sitting here in another three months’ time telling you that they are about to file any week.”