Leonardo has been selected to provide its Vixen 500E active electronically scanned array radar in support of an advanced trainer research activity in Romania.

Announcing the deal on 29 August, the European sensor provider said the Vixen 500E has been chosen by Romania's national institute for aerospace research (INCAS) for its new trainer technology demonstrator programme, IAR-99 TD.

"The project is based on a Romanian air force IAR-99 Soim, which will be modified by INCAS together with aircraft manufacturer Avioane Craiova," it says. The company identifies the aircraft involved in the activity as the Soim programme's third prototype. 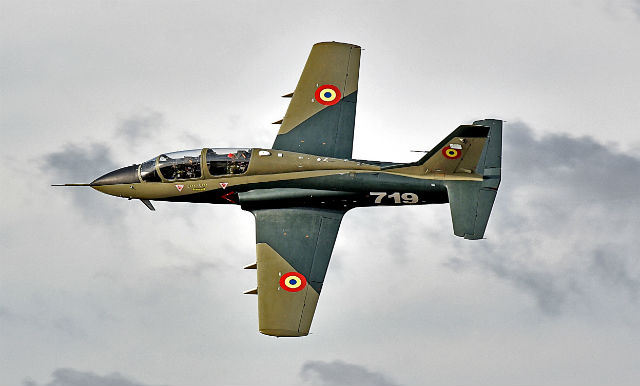 While the radar acquisition is being made in support of this research, Leonardo believes a successful outcome could lead to further opportunities. "The sale of the Vixen 500E could lead in future to Romania's fleet of IAR-99s being retrofitted with the new radar as part of a wider upgrade programme," it suggests.

Flight Fleets Analyzer records the Romanian air force as having an active fleet of 18 IAR-99s, which range from 16 to 29 years old. The service is the only operator of the Rolls-Royce Viper-engined type.

"We see further commercial potential outside of Romania, and are looking forward to working with INCAS to address this," says Leonardo Airborne and Space Systems managing director Norman Bone.