A significant role with ESA

Despite its neutrality in so many fields, Switzerland has always been involved in European space efforts. As founder member of the European Space Agency (ESA) - and despite providing only €74 million ($89.5 million), or 2.8%, of the agency's budget in 2001 - a Swiss astronaut has taken part in four Shuttle missions and the country has major stakes in ESA's microgravity programme, astronomy satellites and the Ariane 5 launcher.

The largest Swiss company involved in space is Contraves, a division of the Swiss Unaxis Group. Based in Zurich, it employs 300 people and has annual sales of SFr105 million ($83 million). Its specialist areas of technology are composite structures, cryotechnology, actuators, lasers and ultra-high-vacuum technology for scientific instruments. It has made payload fairings for the Ariane since 1974.

The company is also developing fairings for ESA's new Vega small launcher. As well as providing payload fairings for Arianes, it also supplies Lockheed Martin. Contraves meanwhile has been involved in providing the main structure for ESA's Soho solar probe, the separation mechanism for the Titan lander Huygens, the Hubble Space Telescope's deployment mechanism, and the mass spectrometer for the comet probe Rosetta. As well as its ESA commitments, Switzerland also has its own space programme, budgeted at just a few million euros. Swiss space policy is determined by the Federal Council with advice of the 20-member Federal Space Affairs Commission. The policy has four main guidelines: to support the education of scientists and researchers; to sustain an industrial sector that leads in cutting-edge technologies; to further Swiss policy within Europe; and to bring improve quality of life on Earth.

The Swiss Space Office (SSO), part of the Department of Home Affairs, has the main responsibility in the federal administration for the implementation of policy. The SSO head, Patrick Piffaretti, chairs the Interdepartmental Committee for Space Affairs to co-ordinate the interests and activities in space matters within the Swiss government's seven departments.

There is also a committee on space research at the Swiss Academy of Sciences, which promotes and co-ordinates Swiss space research. 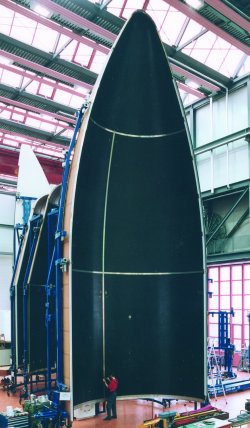