US Special Operations Command has requested funding from the Defense Department for fiscal year 2018 budget to begin modifying an AC-130 gunship for a high energy laser capability.

If approved for the budget, Air Force Special Operations Command anticipates the service could begin the modifications as early as Fiscal 2020 on an AC-130W currently used backup aircraft inventory at Cannon AFB, New Mexico, an AFSOC spokesman told FlightGlobal. Millions of dollars have already been set aside for the ground and flight testing, AFSOC chief Lt Gen Brad Webb says.

The effort is working its way through SOCOM programme executive offices fixed wing, Dalghren laboratories, the undersecretary of defence and the office of cost assessment and programme evaluation, he tells FlightGlobal.

The move is not the first time SOCOM has looked to jump-start the high energy laser program. Earlier this year, SOCOM submitted its unfunded requirements list to Congress, which included a request to include funds for the laser in the Fiscal 2017 budget.

“We’re not at the point where we can decide we’re going to put lasers in the force,” Frank Kendall told reporters in September. 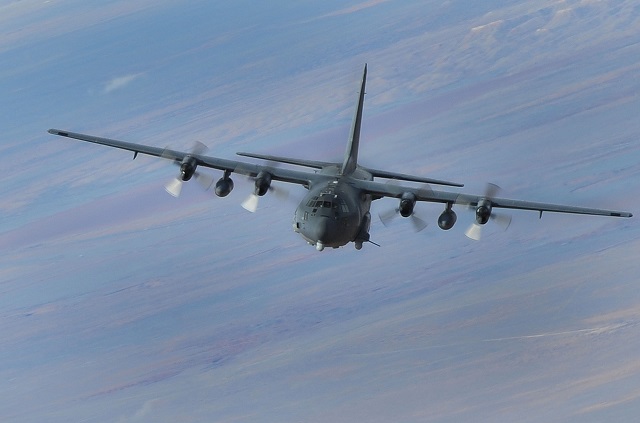 Webb dismissed the idea that the larger DOD enterprise is rebuffing directed energy projects in favor of more immediate budget concerns. While the air force is examining directed energy from a defensive perspective and AFSOC is targeting an offensive capability, Webb says there are some synergies between the two efforts.

“There have been efforts that have fallen short because of technology in the past,” he says. “We want to be mindful of that going forward and that’s probably what you’re picking up on. I think it’s technology worth pursuing.”

AFSOC will determine the laser’s mounting location during testing, Webb says. The Air Force Scientific Advisory Board and AFSOC determined earlier this year that a left-side mounted laser would prove more cost effective than a belly mounted weapon. Former AFSOC chief Lt Gen Heithold has also mentioned that size, weight and power restraints favor fitting the laser into an existing space rather than adding the capability with the conventional guns. Initially, AFSOC will replace the AC-130W’s 30mm gun with a laser, Webb says.