Airbus is opening a public competition to design a livery for its new A350 freighter, which is expected to conduct its first flight in 2024.

The competition – to be formally launched on 4 October – will run for around eight weeks with submissions due by 28 November.

Airbus says the successful entry will be unveiled on 15 March next year.

“We are inviting professional designers, amateur artists or students, creative talents from all around the world to design the livery of our new [A350F],” it adds.

It has issued various criteria with which the design must comply. The Airbus and A350F logos must be “clearly visible” and remain unmodified.

Certain areas of the aircraft cannot be used for artwork while others, such as the cockpit area, tail cone, nacelles and wing fairings, can only support specific limited designs. 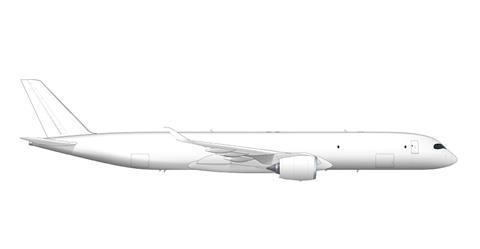 But the company states that the size of the freighter means candidates will have over 1,000m² of surface available, primarily the fuselage and vertical fin.

Entries should consider how the new aircraft “can benefit air freight operators and airlines from around the globe”.

Airbus design specialists will work with the artist behind the successful entry, and the airframer says the livery will “showcase” the A350F to operators. 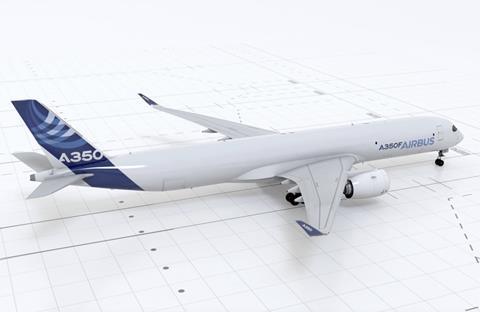 Airbus’s A350F will have a 109t payload capability