The type is a former passenger A321 converted to a freighter capable of carrying 27t of payload. 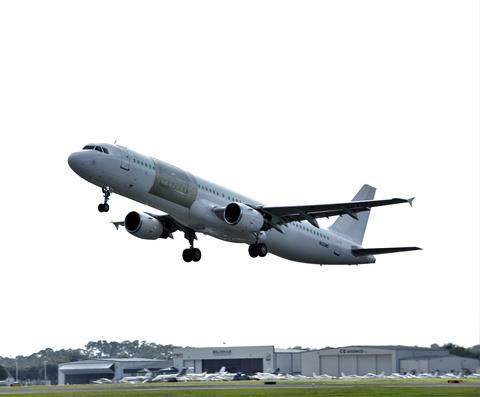 321 Precision Conversion’s first Airbus A321PCF, a freighter converted from a passenger jet, takes off on the type’s first flight, on 10 October 2020.

The “maintenance test flight” precedes the start of A321-200PCF regulatory certification flights, a process that Precision Conversions expects to complete with “brisk progression”.

Precision Conversions is working toward receiving a supplemental type certificate for the type from the Federal Aviation Administration, and certifications from European and Chinese regulators.

“This milestone flight was nominal in all respects, with all primary and secondary systems – including the cargo door and support sub-systems – functioning perfectly as designed,” says Precision Conversions president Gary Warner.

The A321-PCF conversion includes addition of a hydraulically operated main-deck cargo door and a main-deck cargo loading system. The type has a reinforced floor and plugged windows. 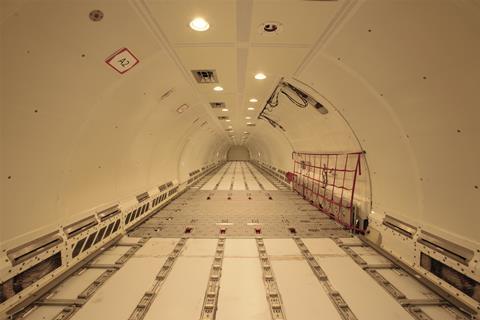 The main deck of 321 Precision Conversions’ Airbus A321PCF, a passenger jet converted to a freighter.

Precision Conversions has said the jet’s capacity will be similar to that of Boeing 757-200Fs, with costs comparable to 737Fs.

Several other companies are also developing converted A321 freighters.

Those include Elbe Flugzeugwerke, a joint venture between Airbus and ST Engineering that developed the A321P2F. European regulators granted that jet a supplement type certificate in February.

Story updated on 13 October to note the date of the first flight.