US lessor Air Lease has disclosed that it is placing a used Airbus A330-200 with a UK start-up identifying itself as Sentra Airways.

The twinjet will be delivered to the carrier this summer, says the lessor, the first aircraft in the carrier’s fleet.

Air Lease has given little detail about the operator or the airframe but says it has an “exciting growth and business plan” to operate from the UK to destinations in West Africa.

Sentra Airways was previously incorporated under the name Majestic Mallard Airways in March 2019, according to a UK company filing.

It changed its name to Sentra Airways in January 2020.

The would-be carrier has a website which indicates that it intends to serve the Ghanaian capital Accra from Manchester from the winter season this year. 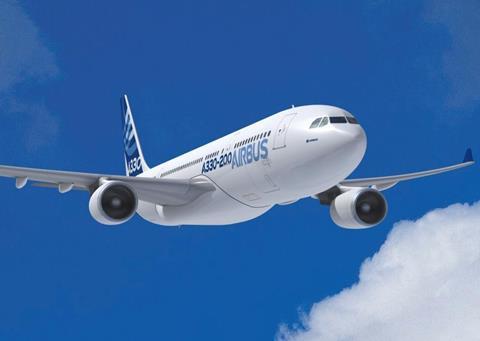 Sentra Airways chairman Isma-il Musah says the agreement with Air Lease is a “significant milestone” for the company.

“We look forward to further collaborations with Air Lease and completing the regulatory approvals to gain our UK [air operator’s certificate] later this year.”

Musah is also linked with Sentra Group Holdings, which lists itself in a corporate filing as being engaged in travel agency activities.