ANALYSIS: In Russia's space programme, the state strikes back

While a number of recent events in spaceflight have underscored – through triumph, tragedy and perseverance – the rising significance of private sector competition and power of international co-operation, 2014 concluded with a maiden flight that serves to remind us all of the enduring presence of big, state-driven programmes.

Examples abound on the private sector and co-operation side, but to name a few from 2014:

-Rocket builder SpaceX filed a suit against the US government, demanding to bid for national security launch contracts;

-A renewed Virgin Galactic test flight campaign started and ended with the fatal crash of its suborbital craft SpaceShipTwo;

-Airbus Defence & Space and Safran put forward a radical joint venture business plan to transform the Ariane launcher’s cost competitiveness, and the scheme was later anointed by the European political leaders who in past times would have demanded that the project’s spoils be spread as far as possible;

-NASA test-launched its Orion capsule, which will only be able to carry astronauts into deep space thanks to a service module being developed and provided by the European Space Agency, through Airbus Defence & Space. 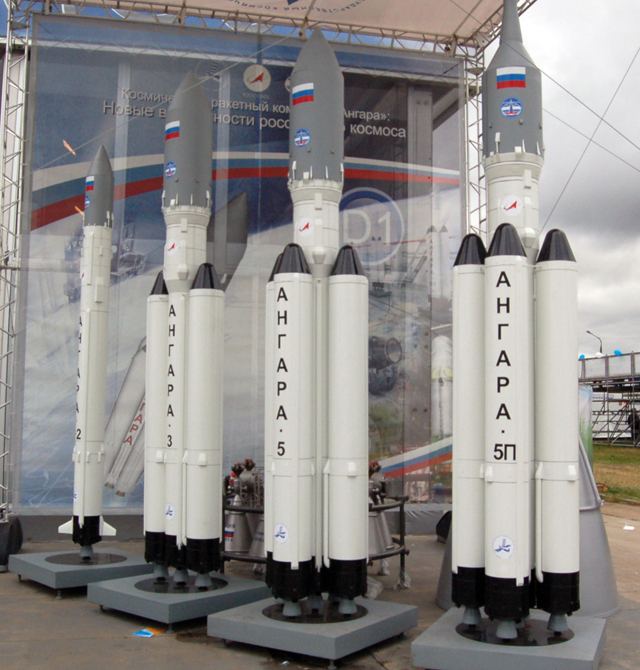 But lest anyone forget that state direction remains alive and well in spaceflight, on 23 December Russia’s Federal Space Agency (Roscosmos) made a successful maiden flight of its newest heavy-lift rocket, the Angara A5, flying from Plesetsk cosmodrome in the Russian northwest.

The flight, apparently flawless, came five months after the first launch of the Angara 1.2PP, the smallest version of a modular family of launchers being developed by state-controlled Khrunichev to put payloads of up to nearly 25t into low Earth orbit. And, significantly, this replacement for the failure-plagued Proton is powerful enough to put any satellite into the highest geostationary orbits from Russian territory, where the country has complete control of its operations.

To that end, Russia is developing a new Far East launch centre at Vostochny, which is expected to be ready for Angara operations from later this year, with manned Soyuz flights from 2018. Until now, Russia’s main launch centre has been at Baikonur, in Kazakhstan. Baikonur – which has been in service since Sputnik and Gagarin – had the attraction of being as close to the equator as could be achieved within the Soviet Union, to give rockets as much assist from the rotation of the earth as possible.

Post-Soviet Russia has continued to rely on Baikonur. But with the shift to Vostochny there will be none of the security or permission issues which could, conceivably, dog operations that rely on the goodwill of a foreign country. That self-reliance at the less-southerly Vostochny will, according to Russian state news agency TASS, be ensured by Angara’s large payload capability.

The new rocket – the first all-new civilian launcher to be designed in Russia in 50 years – has been in development since 1995 at a cost of more than $3 billion, according to TASS.

For the money, Russia is getting not only a new and hopefully more reliable rocket than Proton, and freedom from foreign entanglements in its space programme. As Roscosmos chief Oleg Ostapenko puts it, Angara’s oxygen-kerosene propulsion system is also environmentally friendly.