Battered Tigerair’s announcement last week on the planned grounding of eight aircraft was a difficult but necessary decision - but more tough decisions lie ahead.

The Singapore-based carrier again grabbed headlines today with its decision to replace chief executive Koay Peng Yen with Singapore Airlines (SIA) veteran Lee Lik Hsin. Koay took over the top job only 21 months ago, but during this period Tigerair sold 60% of its Australian cub to Virgin Australia, withdrew entirely from Tigerair Philippines and curbed the network of Tigerair Mandala.

Tigerair’s share price has dropped over 30% in the last 12 months as it posted three consecutive years of losses. For its 2013 financial year, the carrier suffered a S$52 million ($41.5 million) loss, with revenue falling 15.3% to S$734 million.This is bad news for investors, but analysts believe the worst is over.

The grounding of eight Airbus A320s in its 2015 financial year, coupled with the earlier cancellation of nine aircraft scheduled for delivery between 2014 and 2015, means that the airline will not see any capacity growth over the next three years.

While capacity discipline will go some way to stemming the red ink, Lee will need to make tough changes about capacity, routes, overseas units, and perhaps the overall strategy to have any hope of turning things around. 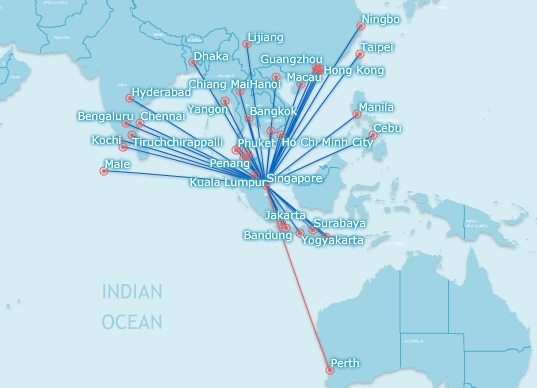 “The decline in yields can be attributed to large capacity increases in the region. Yields are expected to bottom out soon as Tigerair and other carriers in Singapore rationalise capacity and as demand-supply balance improves,” says J.P. Morgan analyst Corrine Png.

To be fair, Tigerair is not the only player that had to cut capacity due to the intense competition in Southeast Asia. AirAsia has deferred 19 aircraft due for delivery over the next two years, while Jetstar AirAsia, which has a fleet of 17 A320s, has also put its growth plans on ice.

Ravi Madavaram, aerospace consultant at Frost & Sullivan, says that while some of the region's big countries, such as Indonesia, have "flourishing" domestic, regional and long-haul markets, Singapore's and Malaysia's markets have stagnated.

Lion Air excels in Indonesia because its presence and volumes drive economies of scale. AirAsia, though not growing as strongly as it did in the past, has kept its position as Malaysia's dominant low-cost player. Tigerair is somewhat of an odd man out: it has failed to carve out a strong position in nearly a decade of existence.

“The problem for Tigerair is its lack of dominance. Singapore doesn’t have a domestic market. Flying to and fro from Singapore is not the biggest market and Tigerair has to compete with all the regional players,” says Madavaram.

With the grounding of eight aircraft, Tigerair will be able to consolidate demand, thereby increasing load factors and to some extent, yields. This should also produce fuel savings and cut maintenance costs.

Five of the eight aircraft to be grounded will come from Indonesian affiliate Tigerair Mandala, while the remaining three will be returns from Tigerair Philippines following the carrier's sale of its 40% stake to Cebu Pacific. These aircraft, on lease from Qatar Aviation Lease Company, could potentially go to Pakistan International Airlines, which has shortlisted the lessor for eight A320s.

As of 30 April, Tigerair Singapore had a fleet of 27 aircraft, while Tigerair Australia has 13 and Tigerair Mandala a further nine. Two of the aircraft from the Singapore unit will also go towards Tigerair Taiwan, due to launch in the fourth quarter of the year.

“Tigerair needs to find its place in the market and be a dominant player. Economics of scale in this industry are important for profitability and also winning against competitors,” says Madavaram. “It is the route planning and hub decisions which are crucial in dictating an airline’s profitability vis-à-vis other airlines.”

The carrier’s order in March for 37 A320neos with a further 13 on option, means that it will only take delivery of new aircraft from 2018. Tigerair will have to use the next four years to re-calibrate its strategy and take the necessary steps to re-position itself as a viable player. It could have picked someone with LCC experience to replace Koay, but decided to go with Lee, who was president of SIA’s cargo division. He has his work cut out for him.