For a growing number of developing countries looking to bolster their scientific and educational base and deliver an increasingly powerful array of services on the ground, there is no substitute for looking to space. Not surprisingly, the UAE is one among this number – but the Gulf country set its sights unusually high when it established its own space agency in July 2014.

Indeed, the UAE Space Agency shares goals in common with many of its approximately 70 counterparts worldwide: to develop the country’s space sector, policy and regulation; direct national programmes that will benefit the economy; promote scientific research in the UAE; and help prepare Emiratis for careers in space science.

But the agency’s vision statement points to a grander plan: “to proudly craft the future of the United Arab Emirates as a leader in space exploration and inspire the next generations for the benefit of the nation and mankind”. In exploration, the UAE intends to make an early mark – by launching a mission to Mars in July 2020 to arrive in early 2021, to mark the 50th anniversary of the UAE’s founding.

Details remain to be established, but the broad scheme of this first attempt at interplanetary exploration by an Arab, Islamic country is well sketched out. The plan is to put a spacecraft in a higher orbit around Mars than has been occupied by missions to date – as high as 20,000-30,000km - in order to study, comprehensively, the Martian climate and day-night cycle and measure the loss to space of molecules from the atmosphere. As such, Hope promises to complement existing and recent Mars observation missions from NASA, ESA and India. 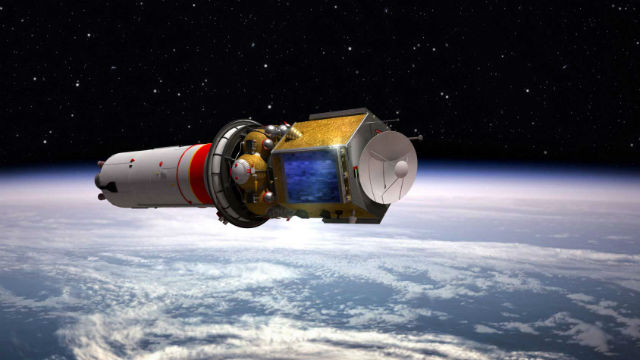 So long, Earth; Hope you get to Mars

The design of the spacecraft and its visual light, infrared and ultraviolet sensors is expected to be carried out under the guidance of partner universities in the USA, but the agency promises that “nearly 30%” of the contribution will come from UAE engineers. With a launch mass of about 1,500kg, Hope should be deliverable by any of the commonly available launchers.

On the ground, two mission control centres will monitor Hope; one in the UAE and one in a partner facility. A development plan for UAE scientists is also being worked out, to ensure that the country’s knowledge base is fit for future exploration missions.

Meanwhile, a UAE national observatory is under construction in Dubai and expected to open in the second half of 2016. The agency promises it will be the “key astronomy facility in the Arabian peninsula”.

And, the UAE is preparing to launch its first cubesat mission; Nayif-1, built by Emirati engineering students at the American University of Sharjah, will study the design, testing and operation of communications satellite technologies. Launch has been scheduled for late 2015 by Falcon 9 rocket, but timing must be assumed to be subject to the return to flight of that vehicle following SpaceX’s total loss of a mission in June 2015.

In any case, the UAE’s space expertise predates the establishment of its space agency. The country already operates some seven satellites, for commercial and military use. The Emirates Institution for Advanced Science and Technology (EIAST) has been designing satellites for launch since 1997. And, Emirati investment company Mubadala owns the Al Yah Satellite Communications company – “Yahsat”; founded in 2007, Yahsat’s two satellites and ground infrastructure currently provide communication services to some 600 million people in 140 countries in the Middle East, Africa, Europe, and central and south-west Asia. A third satellite, to cover South America and west Africa, will launch in 2016.

Another Emirati company, Abu Dhabi's Aabar Investments, has a particularly high profile – its logo is prominent on the side of Virgin Galactic’s vehicles. Aabar’s 37.8% equity stake in Galactic Ventures, the Virgin Group company that is building the SpaceShipTwo vehicle and will operate Virgin’s suborbital tourism flights, is also a key financial plank in the group’s bid to develop its LauncherOne air launch system for small satellites.

Get all the lastest news, analysis and opinions from Dubai Airshow on our dedicated landing page