Rostec says that the loan package – facilitated through the group's Novikombank subsidiary – will provide "comprehensive financial support" for the Aviadvigatel PD-14 and PowerJet SaM146 turbofans, among other programmes including the Klimov TV3-117 and VK-2500 turboshaft engines.

The PD-14 will be an option on the under-development Irkut MC-21, while the SaM146 – jointly built by NPO Saturn and Safran Aircraft Engines – powers the Sukhoi Superjet 100.

UEC tells FlightGlobal that it has produced a total 16 PD-14s and handed over two units to Irkut for flight tests on the MC-21.

Three additional PD-14s are scheduled to be assembled and delivered to Irkut PD-14s later this year.

The aircraft set to conduct the PD-14s flight tests is in the manufacturing process at the airframer's Irkutsk Aviation Plant, UEC says.

In April, Irkut said that it had completed assembly and systems installation of the fourth MC-21, but did not specify with what engines the aircraft will be powered.

The first three MC-21s have been fitted with Pratt & Whitney PW1400Gs, but Irkut previously said that the first serial production aircraft will be equipped with PD-14s.

Irkut has indicated that the PW1400G will remain an option to power the narrowbody.

The manufacturer describes the PD-14 as "an engine with a reasonable price", which is "not inferior to the foreign analogues" – namely the geared turbofan and CFM International Leap series.

Additionally, the manufacturer says that it will provide operators with "the most economically advantageous solutions" in terms of lifecycle costs via an integrated technical support programme, which is currently being prepared, UEC adds.

The manufacturer is in talks with "potential" customers of PD-14-powered MC-21, it says

Cirium’s Fleet Analyzer shows that the PW1400G has been selected for 83 and the PD-14 for 49 on-order MC-21s, with no engine selection for the remaining 43 orders.

Russia's federal air transport agency Rosaviatsiya certificated the PD-14 in late 2018, but the authority has yet to grant manufacturing approval for the engine's serial production. 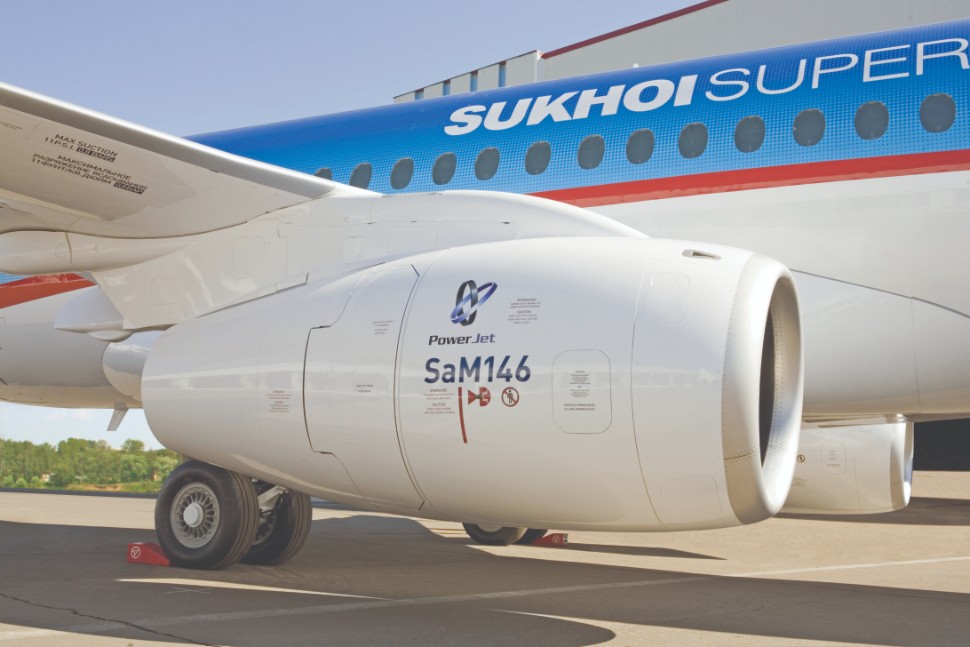 To support Superjet operators, NPO Saturn and PowerJet have established two spare engine pools with a total of about 40 SaM146s.

Today, shop facilities are in place to service 21 engines in parallel.

UEC notes that the effort is aimed at ensuring the aircraft's "uninterrupted operation" and to provide "flexibility and targeted service to its customers in accordance with best international practices".

Mexican carrier Interjet has withdrawn Superjets from operation because engines were out of service over a dispute about the powerplants' maintenance.

Cirium's Fleet Analyzer shows that Interjet had parked 16 of its 22 Superjets earlier this month.

However, the airline did not disclose the reason why it withdrew the type from service, which it had introduced in 2016.

Interjet and CityJet were the sole two Western customers for the Superjet.

UEC says that NPO Saturn and Safran are "taking into account operating experience… to increase the service life of the SaM146 engine and to reduce the cost of its life cycle".

The manufacturer adds: "Difficulties… have been thoroughly analysed and are now being eliminated through continuous work with the key engine elements".

As part of that effort, the combustion chamber has been improved, and engineers are now in the process of developing an upgrade for an oil collector case.

UEC declines, however, to provide detail about the engine problems on Interjet's Superjet fleet and how this issues are being addressed.

The manufacturer insists: "We assess the SaM146's operation experience favourably."

Since the Superjet's service-entry in 2011, the SaM146 demonstrated "exceptional performance in service with an engine dispatch reliability of 99.9%", UEC asserts. 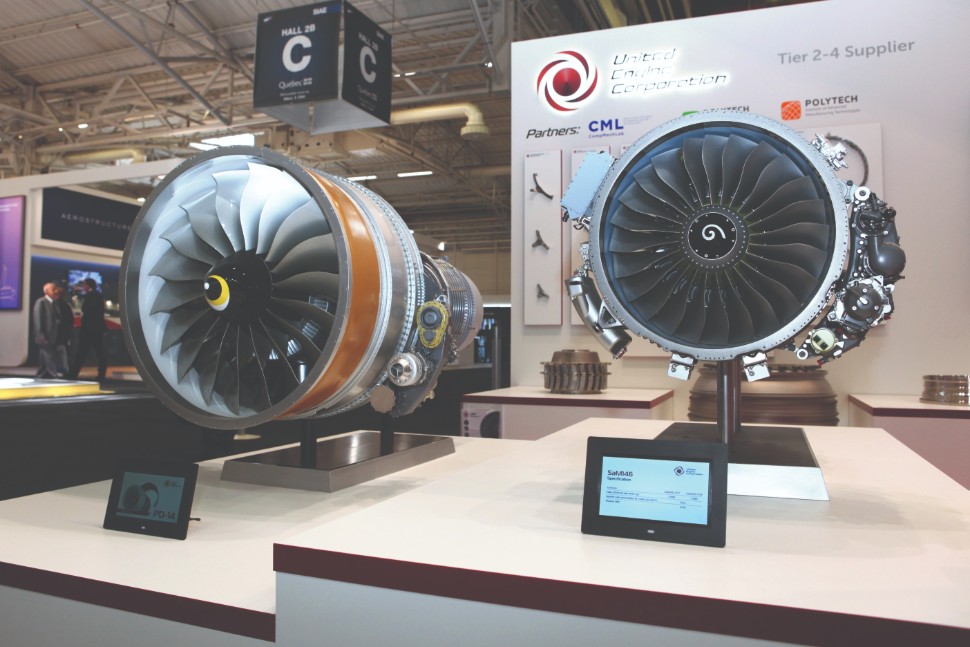 Even though Aviadvigatel is among a number of Russian entities covered by US sanctions, which were introduced in late 2018, UEC asserts the restrictions have not made a "considerable impact" on its activities.

UEC notes that the PD-14's development is directed toward the use of domestic suppliers and the share of imported components is "minimal".

The strained relations between Russia and Western governments will likely maker closer co-operation between UEC and international engine suppliers more difficult, however.

In addition to their PowerJet partnership, UEC produces turbine blades and shafts for Safran.

UEC plans to raise production volumes and to start full-cycle blade casting and machining for the French group "in the nearest future", it says.

The effort are part of a programme aimed at establishing partnerships with "leading global aero engine manufacturers".

UEC envisions a role as supplier for both hardware – component castings, machining and additive manufacturing – and services, through engineering, equipment testing, and provision of engine maintenance.

The manufacturer says that its "integration" in the international supply chain for civil engine components would "improve the efficiency of… [its] production potential" and facilitate diversification of its business.