Bombardier has completed the steep approach certification flight-test campaign for its Challenger 350, and hopes to secure final approval for the enhancement later this year, allowing owners and operators of the super-midsize business jet access to a greater number of airports across the world.

The Canadian airframer says the validation will allow the Challenger 350 to perform landings under strict conditions, including the 5.5° approach angle and short runway at London City airport, where the aircraft "has already performed several take-offs and landings to demonstrate its capability". 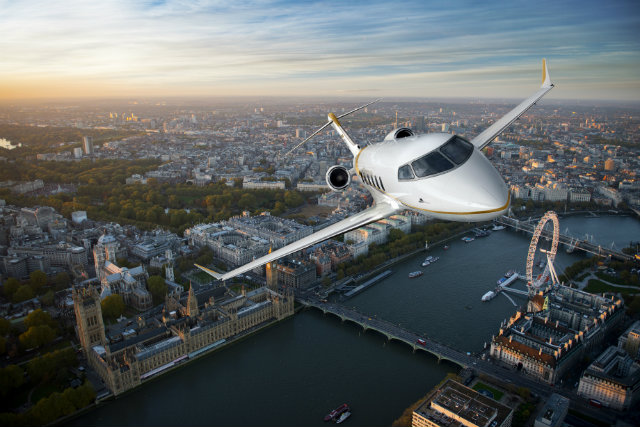 Peter Likoray, Bombardier Business Aircraft senior vice-president, sales and marketing, describes the Challenger 350 as the "undeniable market leader in its segment" with 220 examples delivered since the 10-passenger type entered service in 2014. Flight Fleets Analyzer shows fractional ownership providers NetJets and Flexjet are the largest operators of the Challenger 350 with 55 and 17 examples, respectively. High-end, subscription-based service VistaJet is in third place with 15 aircraft.

The steep approach capability will be offered as a retrofit on the current fleet across Bombardier's service centre network.

The large-cabin Challenger 650 and long-range Global 5000 and 6000 are also cleared to operate at airports with a steep angle of approach. Other destinations with such limitations include Lugano-Agno and Sion airports, in Switzerland.